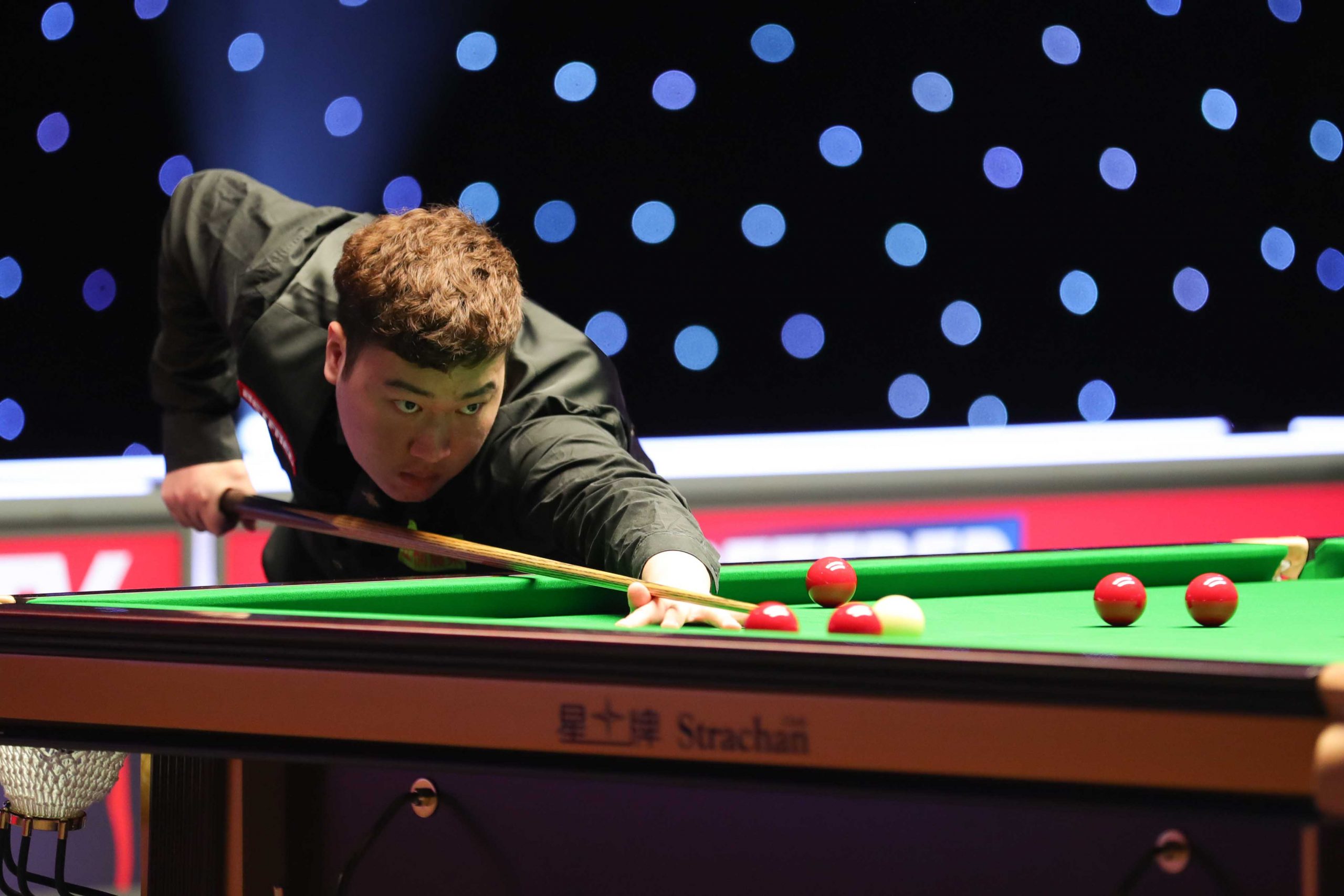 Yan, 20, catapulted himself into the sport’s elite by winning the 2019 Riga Masters. Since then he has moved up to 11th position in the world rankings and as a result earned his maiden appearance at snooker’s most prestigious invitational event this week. Yan now leads Robertson 2-1 in their head-to-head record, having also beaten him 6-1 at the 2019 UK Championship.

Robertson enjoyed a memorable victory at the 2020 UK Championship before Christmas and went into this afternoon’s encounter as the tournament favourite. However, he has now exited the Masters in the opening round for two years in a row.

Robertson made a strong start to this afternoon’s encounter, breaks of 81 and 121 saw him establish a 2-0 advantage. Yan responded by getting his first frame on the board, courtesy of a contribution of 123. However, a break of 82 saw Robertson head into the interval 3-1 ahead.

Yan stole the fifth on the pink when play resumed and composed a break of 64 to restore parity at 3-3. Australia’s Robertson then claimed two on the bounce to move one from victory at 5-3. However, he stalled at the finish line as Yan battled back to force a decider with breaks of 65 and 51.

Yan then showed great composure to produce supreme safety in a 40-minute tactical frame. Eventually the Chinese cueman gained a substantial lead, with several colours glued to the cushions. Robertson was unable to overhaul him, as Yan sealed a momentous maiden Masters win. He will face either Mark Selby or Stephen Maguire in the last eight.

Yan said: “I am quite surprised that on my debut Masters appearance, I have also beaten Neil Robertson, who has just won the UK Championship. I am very happy with the result and also playing so well in the decider.

“I just go with the flow and do what I am supposed to do. That is what I did in the decider. Neil is the sort of player that takes a chance if you give it to him. I just played as much safety as I could. It was quite funny that all the colours were on the cushion. I did my best to mess up the table.

“I will do the best I can in the next round, but I have already gone beyond my expectations. I will try my best to relax and enjoy the match.”

Robertson said: “Yan did really well, especially in that last frame. It was like playing Steve Davis in his prime, tactically he was very good.

“He is fully capable of winning these events. When you compare him to the other Chinese players he doesn’t quite score as heavily as the others. If I was a bit clinical, I could have won quite comfortably. I didn’t take enough of my chances.”