Higgins: Zhou Is Best Since Ding

Zhou Yuelong reached the quarter-finals of a Triple Crown event for the first time with an emphatic 6-2 win over John Higgins at the Betway UK Championship.

Higgins, a three-time winner of this event, described Zhou as the best Chinese player to come through since Ding Junhui’s emergence 15 years ago. World number 25 Zhou goes through to the last eight to face Jack Lisowski or Xiao Goudong. 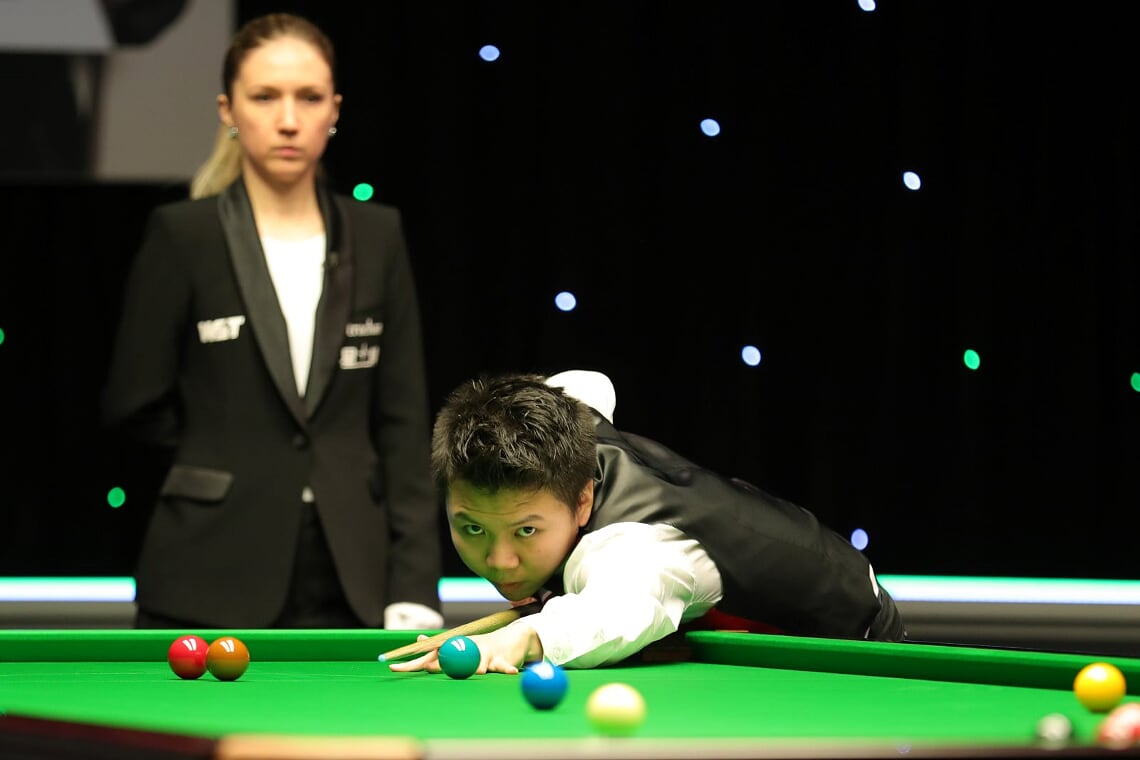 Last season, 22-year-old Zhou was runner-up at both the European Masters and the Shoot Out, and it seems only a matter of time before he wins his first ranking title.

He dominated the early exchanges today, taking the first four frames with top breaks of 90 and 60. Higgins made a trademark 72 clearance to win frame five, but then crucially lost the sixth on the colours. The Scot got the snooker he needed on the blue but then played a poor safety on the pink, allowing his opponent to pot it for 5-1.

A break of 80 gave Higgins frame seven, and he had chances in frame eight but when he missed a straight-forward pot on the green off the last red, it proved his last shot as Zhou cleared from yellow to pink for victory.

Zhou said: “It’s a big win for me because I had never beaten John before and it’s the first time I have reached the quarter-finals of this tournament. I have been playing well in practice and I felt I was ready, I believed I could win. Every time I go to a tournament I want to win it, and I just do my best on every shot.”

Higgins, the 11th member of the world’s top 16 to be knocked out this week, said: “It was a bad day. Zhou played well, his safety was very good. At 4-1 I played a horrendous safety on the pink, it was such an easy shot to get it safe. I love Zhou as a player and as a person as well. He deserves to go far. I rate him as the best since Ding coming through, he has got that good an all-round game. I hope he goes on and does himself justice.”

Robertson Fights Back To Beat McGill

On the other table, Neil Robertson came from 4-2 down to beat Anthony McGill 6-4. Australia’s Robertson is chasing his third UK crown having lifted the trophy in 2013 and 2015. 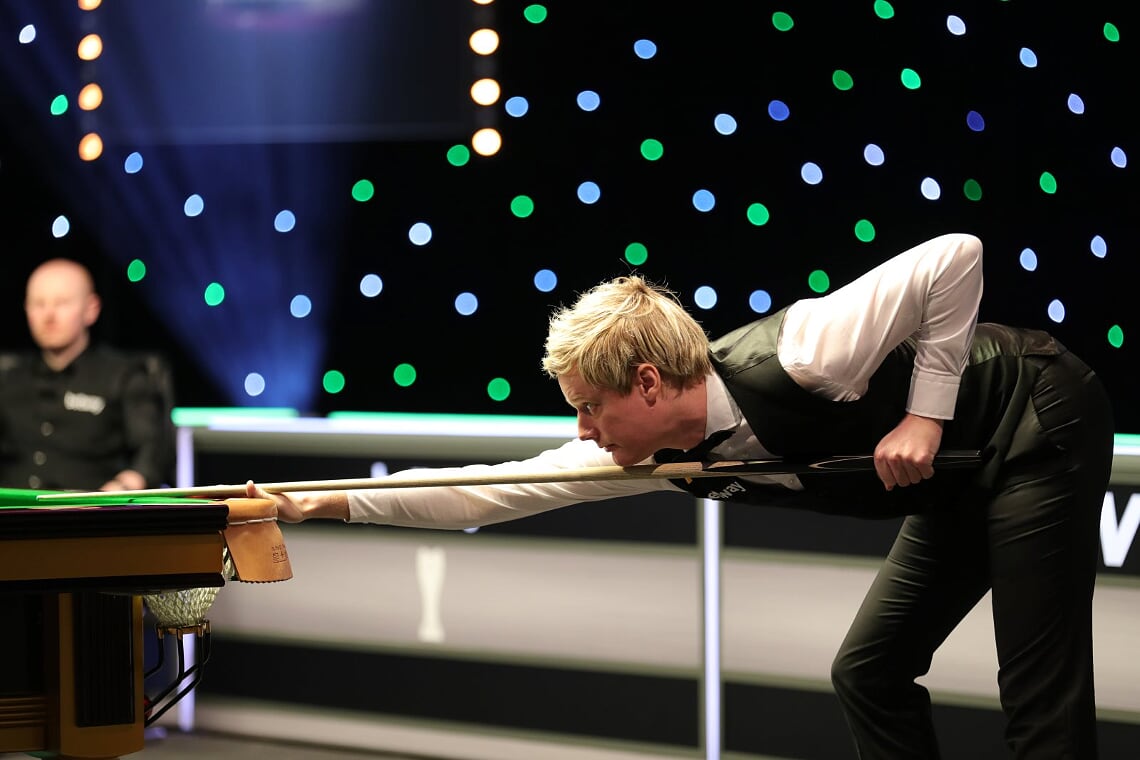 The first four frames were shared, McGill making breaks of 100 and 69 while Robertson knocked in 94 and 83. McGill fluked the green during a safety exchange at the end of frame five and went 3-2 ahead, then extended his lead with a superb 127. Robertson responded with a 132 to trail 4-3.

In frame eight, McGill missed a red to a top corner on a break of 40, and that proved costly as Robertson compiled runs of 24 and 43 to square the match. World number three Robertson then got the better of a scrappy ninth frame before finishing the contest in style in the next with a run of 82.

Robertson is through to the quarter-finals of this event for the seventh time and now meets Mark Selby or Barry Hawkins. He said: “It was a very tough draw, Anthony seems to play his best snooker when he’s up against a top quality opponent.  I didn’t do a whole lot wrong to be 4-2 down, then when I got my chance to get back into the match I took it. In the last frame I got the balls open early and killed it off quickly.”

Defeat for McGill ends his hopes of qualifying for the Masters as he is 17th in the race.