With his best performance of the season so far, 2020 champion Stuart Bingham made three centuries in a 6-3 victory over Kyren Wilson to reach the quarter-finals of the Cazoo Masters.

“If I play like that, people will find it hard to stop me this year.” said Bingham, who completes the last eight line-up at Alexandra Place and will face Shaun Murphy on Friday at 7pm.

It has been a disappointing season for Bingham so far as he has failed to progress beyond the last 16 of any ranking event, but he has time to turn it around in the second half of the campaign and on tonight’s evidence he is a strong contender for the title. He played the best snooker of the week so far in the first five frames, and despite a few late jitters as Wilson battled back, the 46-year-old Essex man did enough to secure a fourth Masters quarter-final. 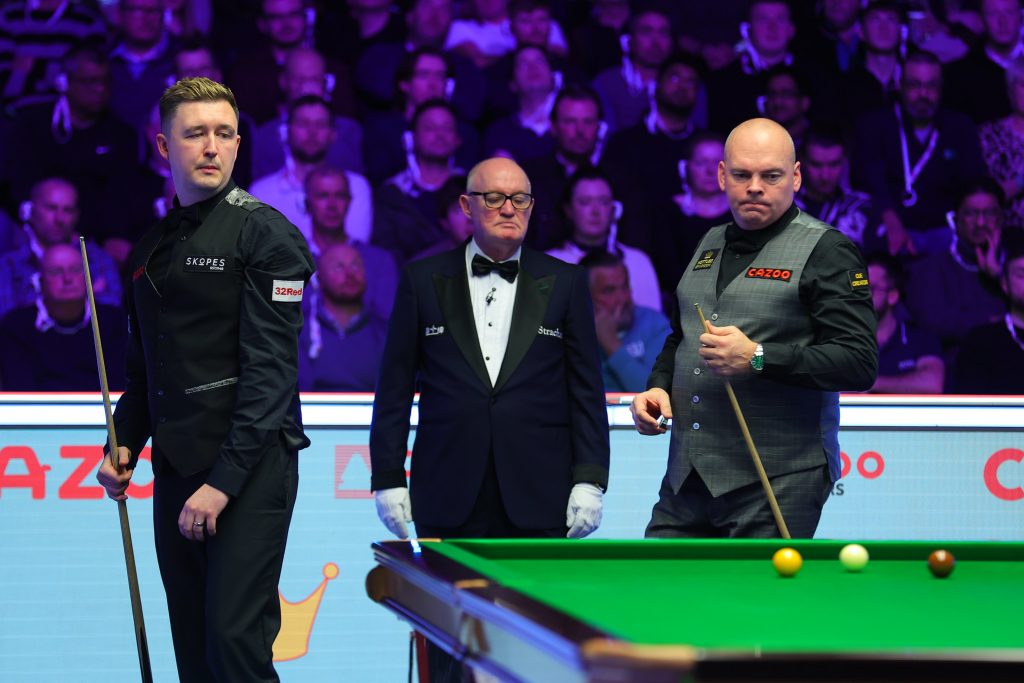 Wilson hit back with 90 and 81 to close to 5-2. Frame eight was resolved with a safety battle on the colours, Wilson converting excellent pots on yellow, green and brown to reduce his deficit. But the Kettering cueman’s recovery ended in the ninth as a loose safety handed Bingham the chance to knock in a long yellow, and he added the green to cross the winning post.

“My mum and dad always say that I try to give them heart attacks and it was no different tonight,” added Bingham, who beat Ali Carter in the final here three years ago. “At 5-0 I was cruising then Kyren showed his true grit and made a fight of it. In the end I was lucky to get through. You can’t help having doubts, especially as I have been struggling to get wins this season so the demons start coming out. This gives me a lot of confidence for the next match. 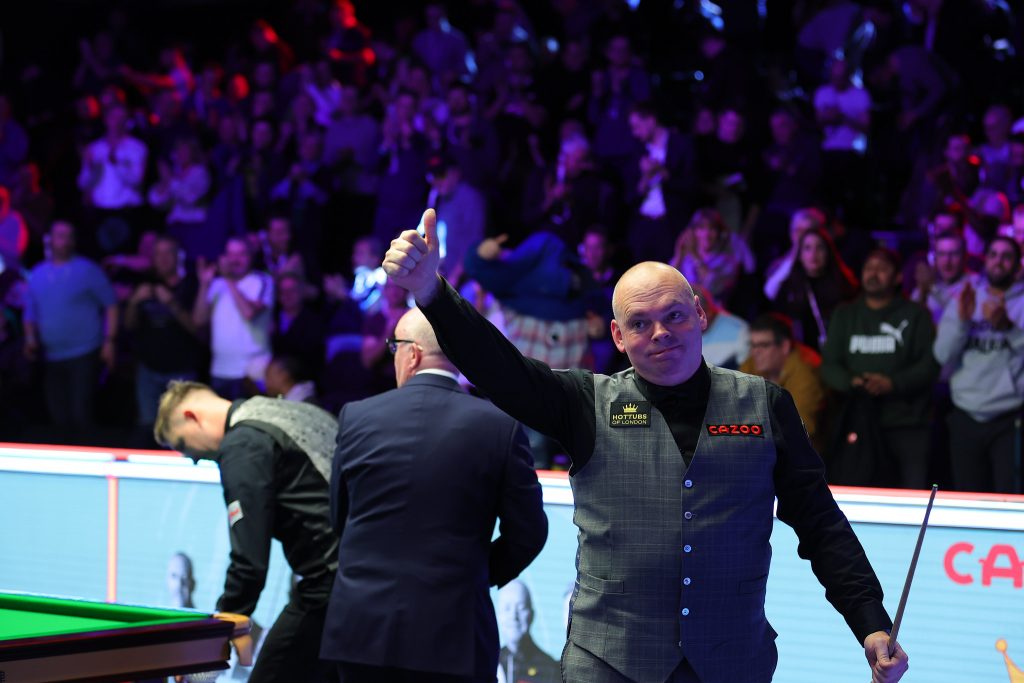 “When I got to the top of the stairs at the start of the match, I looked at the arena and thought ‘Oh wow, this is brilliant.’ If you can’t get up for these tournaments at these venues then you’re better off staying at home. The way I started the match off was a dream.”

Wilson said: “I still fancied it at 5-0. I didn’t feel as if I did too much wrong, apart from the third frame when I missed chances. I was proud of the way I came back, I just played a couple of bad safeties in the last frame.”