Bingham Too Strong For Lyu 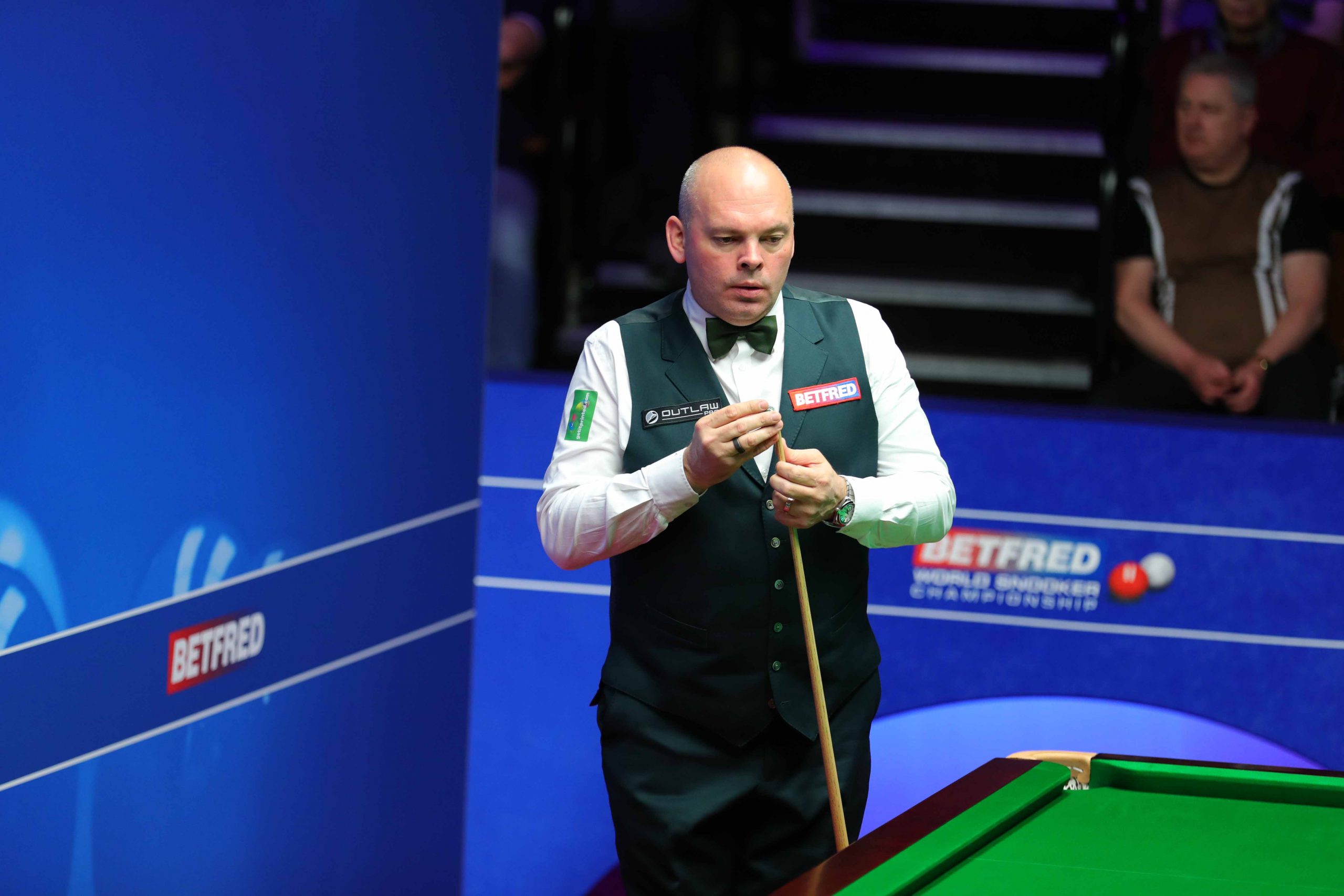 Stuart Bingham made eight breaks over 50 on his way to a comprehensive 10-5 defeat of China’s Lyu Haotian at the Betfred World Championship.

The 2015 Crucible king thrives on the longer format at the Theatre of Dreams and in recent times he has reserved his best snooker for the Sheffield showpiece.

Bingham’s only semi-final appearance in a ranking event last season came at the World Championship, where he was narrowly beaten 17-15 by Mark Selby. The Basildon cueman has only made one semi-final this term, at the World Grand Prix, but he appears to once again be firing on all cylinders for the sport’s biggest event.

China’s 24-year-old Lyu came through three matches at qualifying to earn what was a fourth Crucible appearance. His best showing in the event thus far saw him beat Marco Fu to make the second round back in 2018.

Bingham made the highest break of the final stages so far during the first session, a run of 140, on his way to opening up a 6-3 advantage and he seized the initiative when play got underway this afternoon. The 45-year-old took the opening two frames to establish a commanding 8-3 lead. However, Lyu responded with a break of 86 to take the 12th, before stealing the 13th on the black to make it 8-5.

A run of 68 then helped Bingham to close within a frame of the win and he didn’t flinch at the finish line, wrapping up a 10-5 victory. Next up is a last 16 clash with either Kyren Wilson or Ding Junhui.

“It was a tough game with Lyu Haotian. I knew I had to be on my guard. I played some good snooker and I’m pleased to be through to round two,” said six-time ranking event winner Bingham.

“My strength is my break building. It was good to get my timing right. I’ve been up here for a few days and I’ve been to both Victoria and Ding’s academies. Something has clicked on the practice table, so it was nice to show not just my break building but my safety game.

“It was nice to come here and walk out in front of a packed crowd. I had the vibes of the semi-finals last year. I have good memories coming back here. Not everyone can settle down, but if you can and play some good snooker then this is the best place to be. I had a smile on my face, enjoyed it and showed what I can do.” 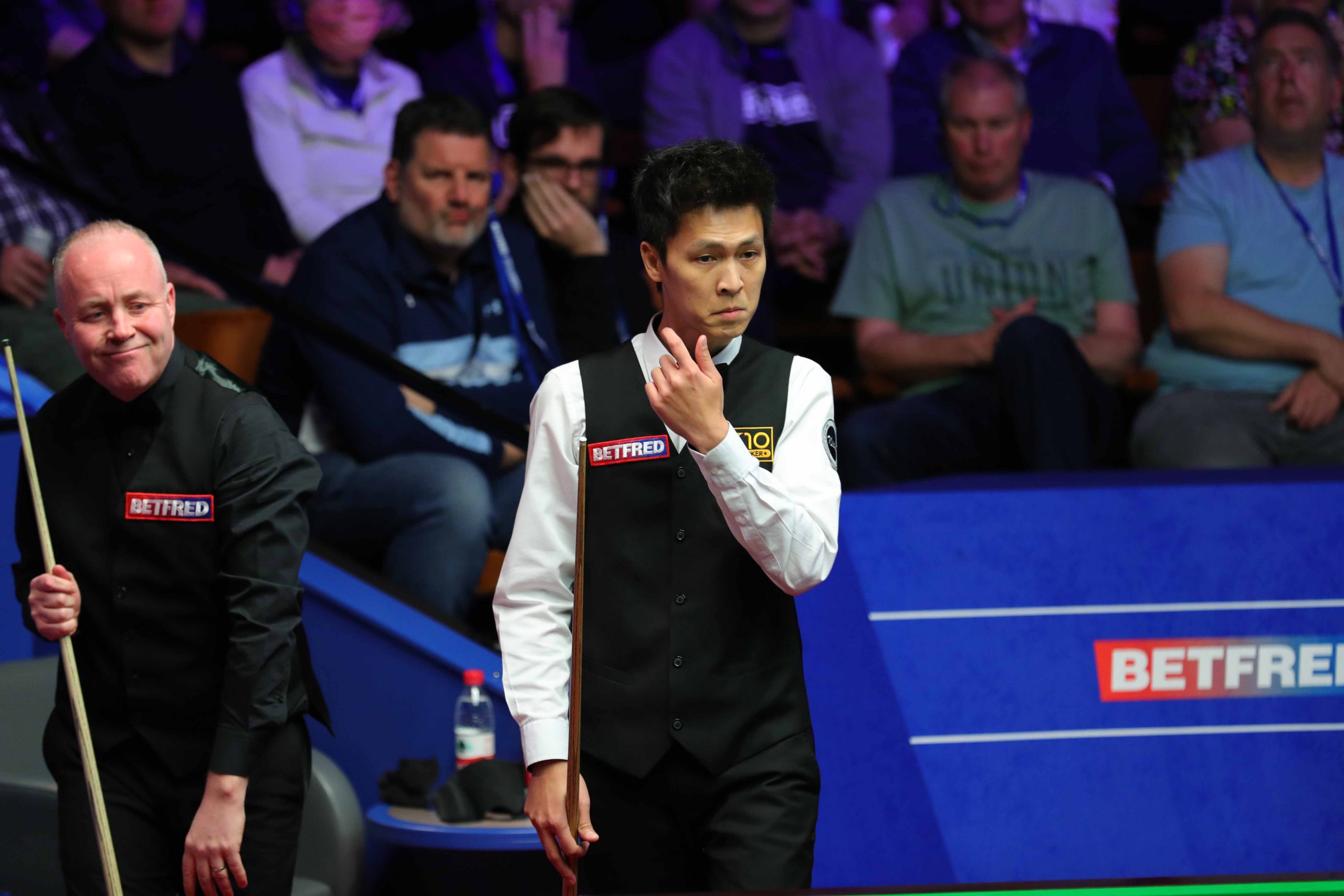 On the other table, Thepchaiya Un-Nooh put on a superb display to secure a 5-4 lead over four-time World Champion John Higgins.

Thailand’s former Shoot Out champion Un-Nooh found himself in the unexpected position of a tour survival battle at the qualifying event, but he came through to secure his professional status and seal a fourth Crucible appearance.

Higgins is still searching for his first ranking silverware of the season. However, he has shown great consistency to make five major finals this season. The Scot came closest to silverware at the Tour Championship earlier this month, where he surrendered a 9-4 advantage in the final to lose 10-9 to Neil Robertson.

Un-Nooh had led 4-2 this afternoon, but back-to-back breaks of 106 and 98 saw Higgins draw himself level at 4-4. The final frame of the day went the way of Un-Nooh, who fired in a run of 114 to end 5-4 ahead. They will play their concluding session tomorrow morning at 10am.