Blistering Blue Is A Thrill For McGill

Anthony McGill’s sensational pot on the final blue in the deciding frame gave him a 10-9 victory over Jack Lisowski in an enthralling first round clash at the Betfred World Championship.

It was classic late night drama at the Crucible as the deciding frame came down to a long battle on the colours. Faced with a death-or-glory long blue, McGill drilled it into a top corner, though it rattled in the jaws for a split second before dropping. He added a simple pink to book a second round match with Mark Allen or Jamie Clarke. 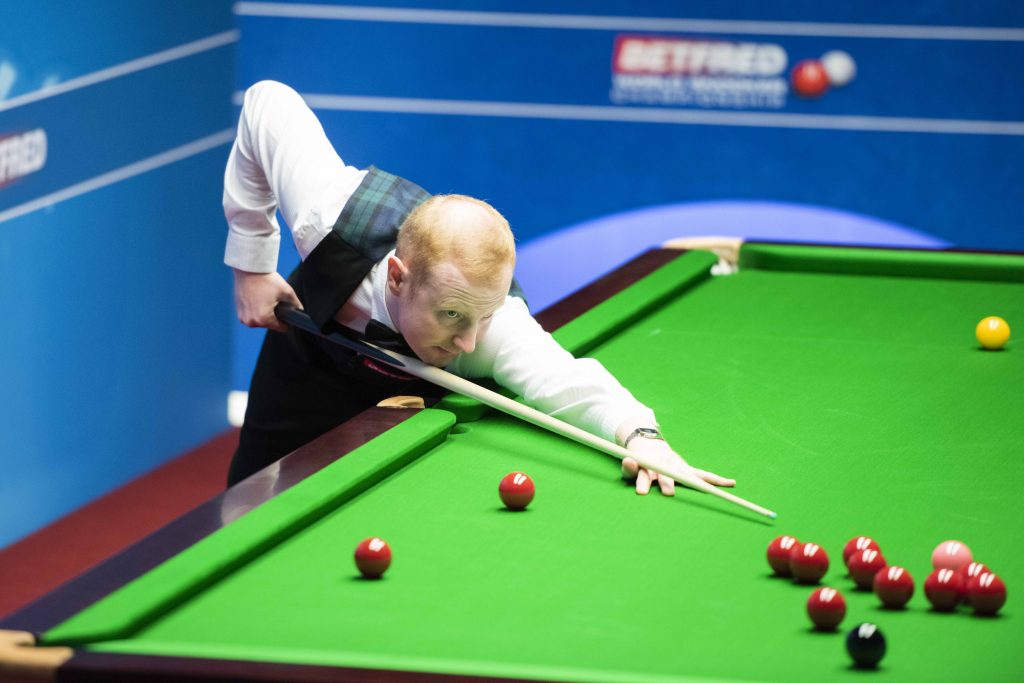 McGill is making his sixth consecutive appearance at the Crucible.

“When I was standing behind the blue, it was horrible,” said world number 39 McGill. “I didn’t have a safety shot. I had to strike it nice and pure and hope it went in. I hit it sweet as a nut but then I wasn’t sure it it was going to drop, and when it did I was so happy.”

Earlier in the evening it was high quality snooker as the pair traded blows. Glasgow’s McGill made breaks of 65, 70, 67 and 51 as he extended his 5-4 overnight lead to 9-6, while Lisowski fired 90 and 84 in the two frames he won.

Gloucestershire’s Lisowski then rose to the challenge as he won three frames in 36 minutes with top runs of 65 and 102 to draw level at 9-9. Both players had chances in the decider and when they came to the blue there was just a point between them, McGill trailing 55-54 when he grasped his chance.

“I enjoyed the battle,” said the Scot. “It’s good to be in that arena in a tight match, pitting your wits against one of the top 16. I felt Jack was always on top when we were on the blue, I was just trying not to leave him a pot. I love it here. I was just praying I didn’t lose in the qualifiers because I feel when I get to the Crucible I have a chance of playing well.”

McGill reached the quarter-finals on his Crucible debut in 2015 and went on to win ranking titles in 2016 and 2017. He then had a dip in form and has slipped down the rankings, but the 29-year-old believes he is back on an upward trajectory.

“I took about five steps back a couple of years ago, my standard was really poor,” he added. “I’m getting a little bit better now, it takes time. Wins like tonight give me a big boost because I know I can come through a tight match if it happens again. It’s good for the belief.”

On the other table, three-time Crucible king Mark Selby came from 3-2 down to lead debutant Jordan Brown 5-4. Northern Ireland’s Brown had the better of the early stages and made a top break of 76 in taking three of the first five frames.

Selby made 50 and 119 to go 4-3 ahead. The eighth went Brown’s way but it was Selby who got the better of a scrappy last frame of the session to secure a slender overnight lead. They resume at 2.30pm on Tuesday.