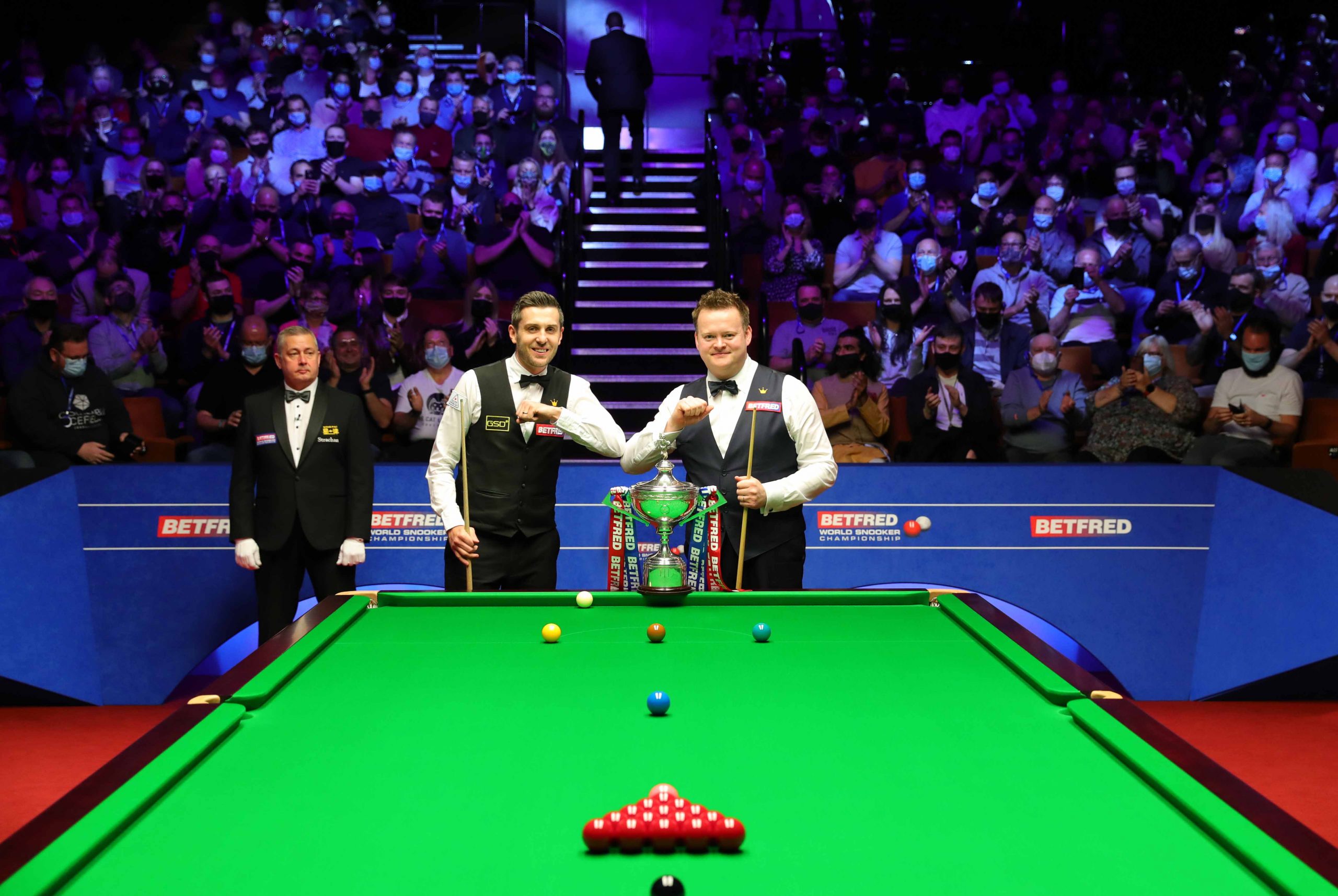 Chris Henry is making history today as the only person to coach both players in a Betfred World Championship final.

Henry has worked with Shaun Murphy over a number of years and started coaching Mark Selby ahead of last year’s World Championship. Leicester’s Selby has placed a large amount of the credit for his return to the top of the sport at Henry’s door and Murphy has recovered from one of his worst seasons in recent years to clinch his place in snooker’s biggest match.

Chris, thanks for speaking to us, what has the match been like for you so far?

“Unusual. I’ve been coaching in snooker for many years and usually if you get to this stage of the tournament you are very nervous, because you have a player in the final. You want that player to do very well and win the tournament. This is different, because I’m working with both finalists. Unfortunately one of those finalists is going to lose. That’s not a nice feeling, but of course one will win as well so it is a mixed bag for me.”

What is your view on how the match has panned out so far, with Mark earning a 10-7 lead overnight?

“Mark’s matchplay is so strong. He is strong in all areas. He can play any kind of snooker. He can play scrappy snooker, he can score. When his long potting is on, he is incredible. He’s brought that sort of strategy to the table. That’s why he’s now leading 10-7. I think Shaun was a bit more aggressive early on and did well early on. Mark has brought a different strategy to the game that suits him. Shaun has to be aware of that and look at a different strategy for himself in the next session. Usually if things aren’t going well you have to look at that and change things around. They’ve both played phenomenal snooker throughout the tournament. It is going to be edgy in the final, but I think we are going to see some fireworks today. Being in both changing rooms at the intervals is a strange situation. We don’t talk about the other player and their strategy. My role is to help each player be their best and those are the kinds of things which I am working on.”

How have you helped Shaun to recover from a difficult season, where he has struggled with travelling off the table and with his form on it?

“It’s been very difficult for everybody. Covid has had an impact on everyone in terms of the mental side of things. A lot of people are suffering from anxiety and even depression. We are social animals, we like to be around people. When that is taken away it isn’t an easy situation. Shaun is an entertainer and he is a showman. He loves the crowd and he has missed that over the last 12 or 15 months. I think coming to the Crucible and having that crowd there has got the juices flowing for him. That is one of the reasons he has done well this week is because the emotions and how you are feeling has a huge impact on your performance. It comes down to your thoughts and how you are thinking. One of the things we work on is called neural rewiring, which is a way of getting your subconscious to produce automatically positive thoughts. That takes a bit of time, but you can just see in this arena, in front of this crowd he comes into his own.

Mark has said you were a big part of changing his game around. He admitted that part of it was convincing him that there was nothing wrong technically. How did you manage that?

“The technical side of Mark Selby is excellent. What you have to do is prove that. You need to use something to identify what makes a player do well. Using the training balls which I have developed is how I did that with Mark. They are very powerful. It is about habitualisation with a very tight tolerance. Striking the cue ball where you intend to is important and aiming it where you intend to is important. Players can actually start to aim to miss shots and they aren’t consciously aware of this. Graeme Dott was aiming to miss, not aware of it and blaming his technique for the fault. Shaun Murphy was aiming to miss and Mark Selby aiming to miss. He was unaware of it and saying it was his technique. It wasn’t technical it was visual. What you have to do is re-coordinate the mechanics with the vision.”

What will it be like for you at the end of the day when the winner is crowned?

“I should be elated today. Deep down there is that nagging feeling that one of them is going to lose. I have to enjoy today. I am a coach and this is the ultimate. To get a player into the final of the World Championship is incredible. To get two, apparently it is history and has never been done before. These guys have done incredibly well. One of them is going to be disappointed, but overall it is very positive.”