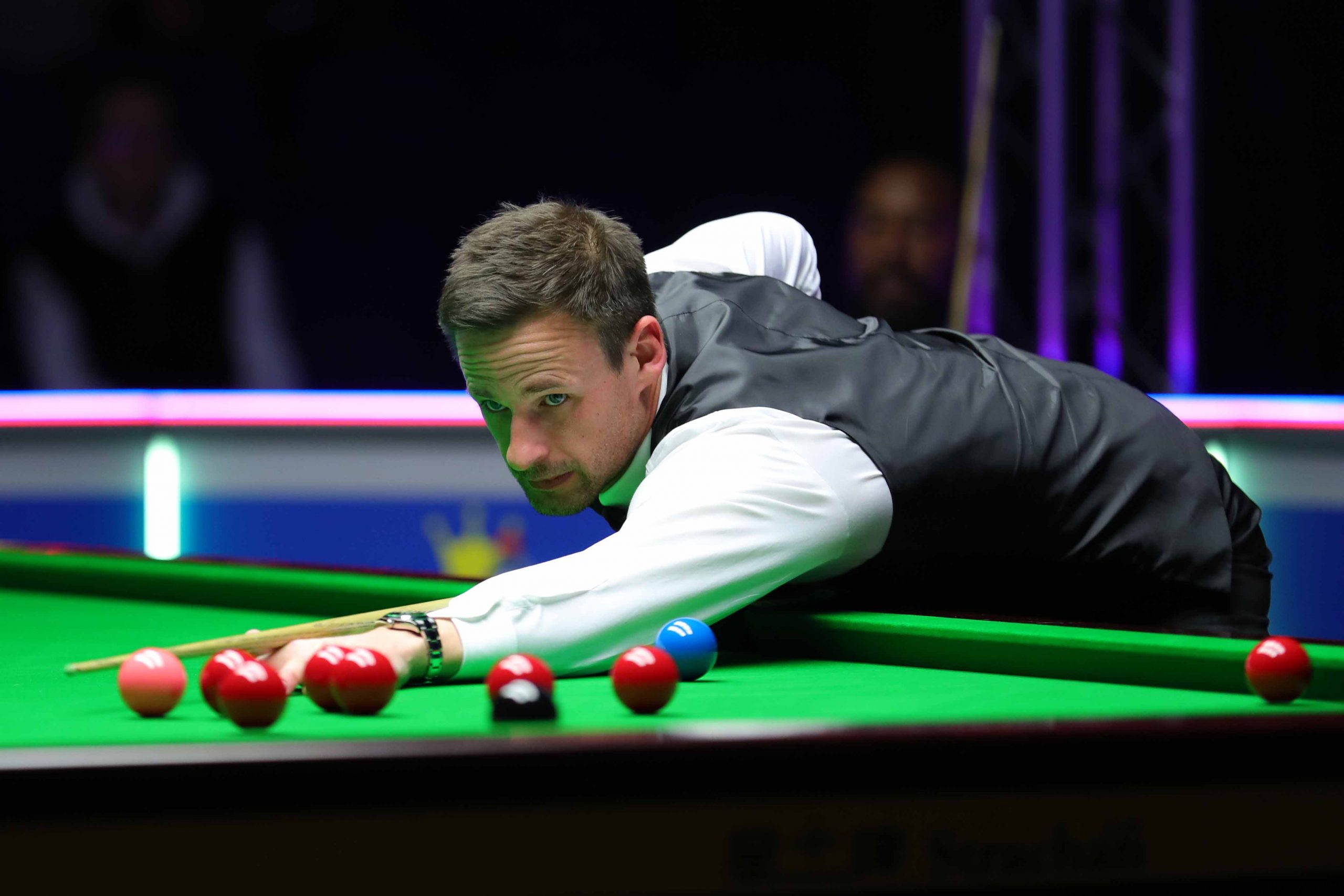 David Gilbert warned prospective opponents that he will be someone to avoid in the draw if he reaches the Crucible, after beating Rory McLeod 6-1 to make the final round of Betfred World Championship qualifying in Sheffield.

Former World Championship semi-finalist Gilbert earned his maiden ranking silverware earlier in the season at the Championship League. However, since then he hasn’t been beyond the quarter-finals of a ranking event.

The Tamworth cueman’s last appearance on the circuit was a first round loss at the Welsh Open just under a month ago. He withdrew from the recent Gibraltar Open and lost in qualifying for the Turkish Masters. Despite being short on match practice, Gilbert believes his game is close to where he wants it to be.

Gilbert composed breaks of 91, 101 and 51 on his way to this afternoon’s win. Next up he faces Anthony Hamilton, who scored a 6-2 defeat of Elliot Slessor to reach Judgement Day.

Following this evening’s match Gilbert admitted that opening his new club, Potters Snooker and Pool in Swadlincote, has given him fresh motivation.

Gilbert said: “I’m 40 years old now, so I don’t love it all of the time. I find it hard sometimes to get up for it. I am somebody who has to put the work in and if I don’t do that I won’t be any good. Since I have had this club in Swadlincote, I am really enjoying it again. Of course I want to get to the Crucible, I don’t want to play that down. I am desperate to get there like any other player.

“I feel like I put something together in the first four frames. I felt like my game was pretty close. I just need matches. I’ve only got to win ten frames in the next round. It isn’t about looking pretty, it is about getting through. I feel like I’d be a qualifier that seeds want to avoid.”

Chris Wakelin is through to the final round for the third time in his career, after beating European Masters champion Fan Zhengyi 6-5.

Wakelin has a 100% Judgement Day record, having reached the Crucible last year and in 2018. He is yet to win a match at the Theatre of Dreams and will be keen to qualify and put that right this time around. He faces Jimmy Robertson up next, who beat Oliver Lines 6-4.

Tom Ford defeated Michael Holt 6-3 in a result which leaves the former Shoot Out winner on the verge of relegation from the circuit.

Ford plays Jamie Jones for a Crucible place, while Holt faces a likely trip to Q School in order to maintain his professional status.

“I’ll go to Q School. While I’m capable of playing at the level I can, it would be silly not to play. I have to contemplate the fact that I might not be on the tour next year if I don’t get through,” said Holt, who first turned professional in 1996.

“It is what it is. The world will keep spinning. It is disappointing, because I’ve put a lot of work in. I’ve not showed myself. I’m better than that and my level is better. That is sport though, if you lose then you go backwards. I will always keep playing though.”

Thailand’s Un-Nooh beat Jak Jones 6-5 to reach the final round and ensure he won’t be relegated from the tour. However, Kurt Maflin has lost his professional status after a 6-1 defeat to David Lilley.

Next up for Lilley is a meeting with 14-time ranking event winner Ding Junhui, who beat Tian Pengfei 6-4.

The Chinese superstar has been forced to qualify after suffering a surprise slump to 29th in the world rankings. However, the last time he had to qualify he went on to be runner-up to Mark Selby in the 2016 World Championship.

💬 "They have more responsibility and they have pushed me to try to play well again and win."

Chinese superstar Ding Junhui admits that seeing compatriots Zhao Xintong and Yan Bingtao in the top 16 has both lessened the pressure on him and provided motivation.#ilovesnooker pic.twitter.com/G4YSABMdvP