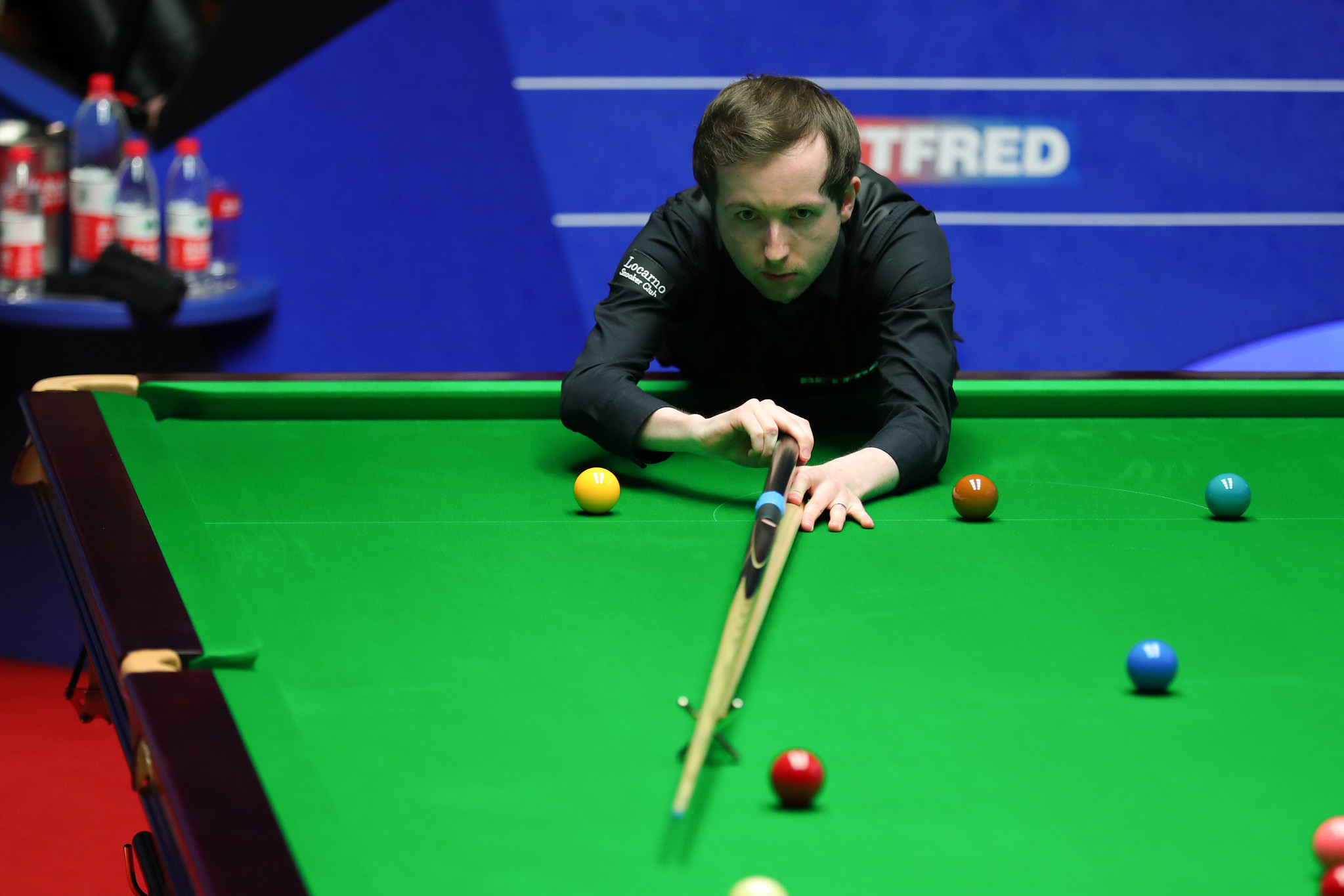 Scott Donaldson is relishing the upcoming final stages of the BetVictor European Masters when he will return to Furth, where he first met his wife Ina ten years ago.

Perth cueman Donaldson was competing in the 2012 Paul Hunter Classic when the pair met. Fast forward a decade and he now travels to Germany to face China’s Chang Bingyu next week.

Having only recently started practising again in earnest, Donaldson is feeling refreshed after the summer break. He views Furth as the perfect place to get his season going, given the particular sentimental value it holds for him.

“It’s our tenth anniversary and we are going back to the place where we met. We are going to go for a walk around and explore the place again. It will be really nice. She was there with her brother watching in 2012 and they saw a little Scotsman playing on one of the tables, said he looks quite good and that is how it turned out,” recalled 28-year-old Donaldson.

“It is a really nice venue. I think any player would agree that if the venue is good they will play good snooker. I think all the players really like Furth. I got to the semis of the Paul Hunter Classic in 2018 and lost to Peter Ebdon. I also remember beating Mark Selby there and the crowd were amazing. You feel welcomed. The way the tables were set up it was a bit like a music festival where you could walk round and see different acts. The crowd don’t just focus on table one.

“It has been a nice break over the summer. We went up to the Highlands for a while. We like going out walking in the Caledonian pine forests. It is beautiful and you feel so relaxed there. It is something that my wife and I really love doing. I’ve had some time off and I’m well and truly back in the swing of things. It really doesn’t get any easier though.”

Donaldson earned his place in Furth by beating Scottish compatriot and four-time World Champion John Higgins for the first time in his career. The pair locked horns at qualifying, in a match where they saved the best snooker for the end. With Donaldson leading 4-1, Higgins leapt into gear by firing in breaks of 101 and 81 to pull within a frame. However, a clearance of 60 was enough to see Donaldson over the line with a 5-3 win.

Although he is keen to point out that it was an early season clash, Donaldson was happy to get his campaign off to a strong start against one of his sporting idols.

“John is the best role model anyone could have in the game. He has nothing more to prove on the table and he has nothing more to prove off it. He is just genuinely the nicest guy you could meet. Then you go on the table with him and it is so hard to compete with him, let alone win. I’ve looked up to him for pretty much my whole career and I still do. I can’t believe he is playing at that level at his age. It is phenomenal.

“It doesn’t matter what the scoreline is with him. You will never feel you have won until you’ve potted the final ball. It was nice to clear up at the end. That was probably the best frame of the game. I can’t take too much out of it being the first game and he won’t have practised much but it is a good win.” 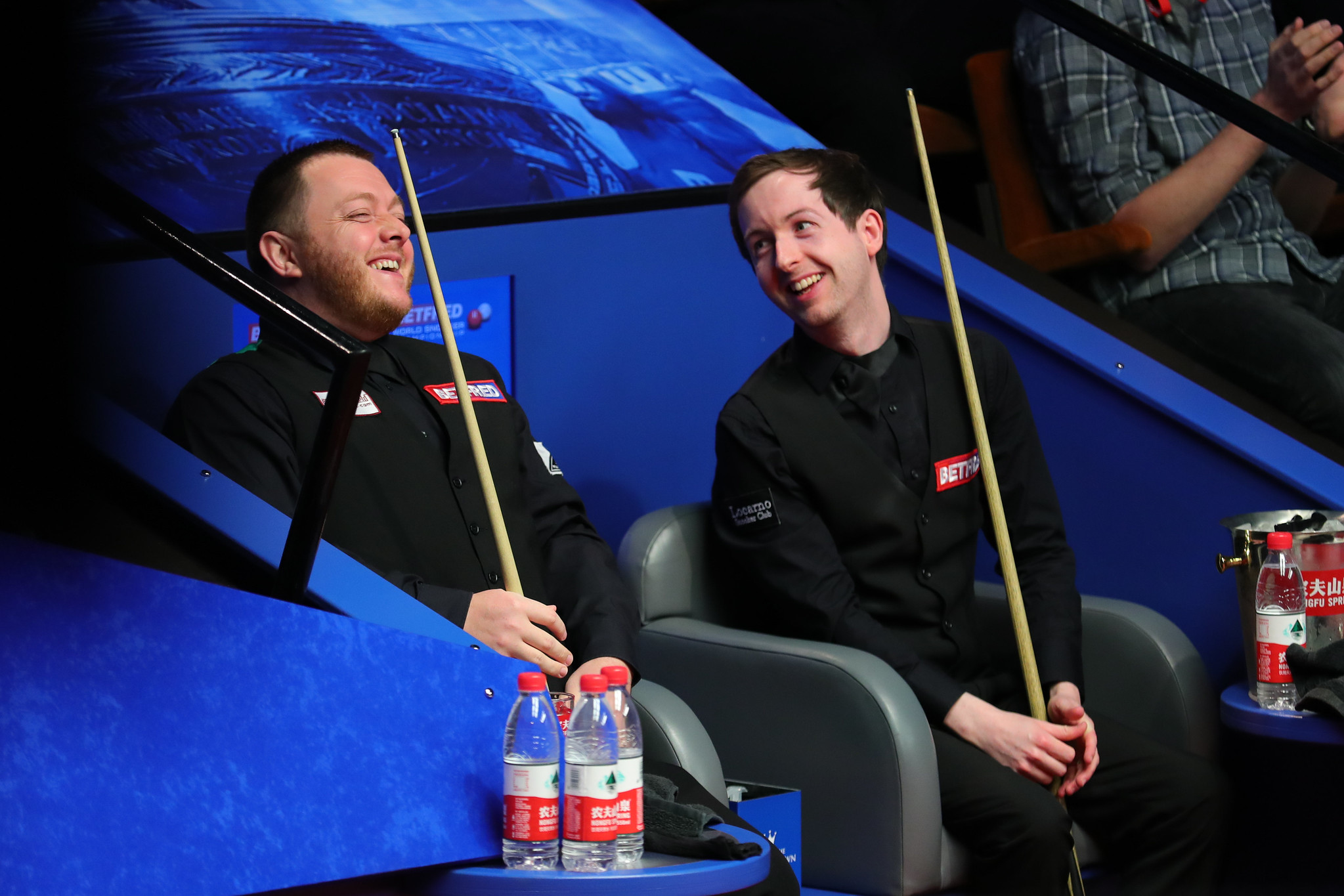 Donaldson ended last season by qualifying for the Crucible for the second time in his career. He faced Northern Ireland’s Mark Allen in the opening round at the Theatre of Dreams, but succumbed to a 10-6 defeat. Looking back it was an experience which left the Scot with a thirst for further World Championship runs and he feels he acquitted himself better on his second appearance in the final stages.

“I played really well at the qualifiers and I played well in the first session against Mark Allen. I went toe to toe with him and that is all I can ask of myself. My pot success was 94% and I was 5-4 down after that first session. After the match Mark said he didn’t play very well. That shows how hard it is. I had my chances in the second session but couldn’t quite get myself going. I really enjoyed it and did everything I could. It is an awesome place. I don’t think it matters how many times you’ve been there. The motivation is always the same. For guys at my ranking, getting to the Crucible is an awesome experience and playing there is just fantastic.”