Shaun Murphy took a 5-3 lead over Mark Selby as their Betfred World Championship final got underway in front of a packed crowd at the Crucible.

Tickets for 2022 on sale from 9am Monday

Selby trailed for most of the afternoon and missed two chances in the last frame of the session to square the tie at 4-4. Murphy started the final as the underdog but has looked the more confident of the pair so far and takes a two-frame cushion into the second session. First to 18 frames on Monday night will receive the famous trophy and a top prize of £500,000, which will be a career high pay-day for either of them. 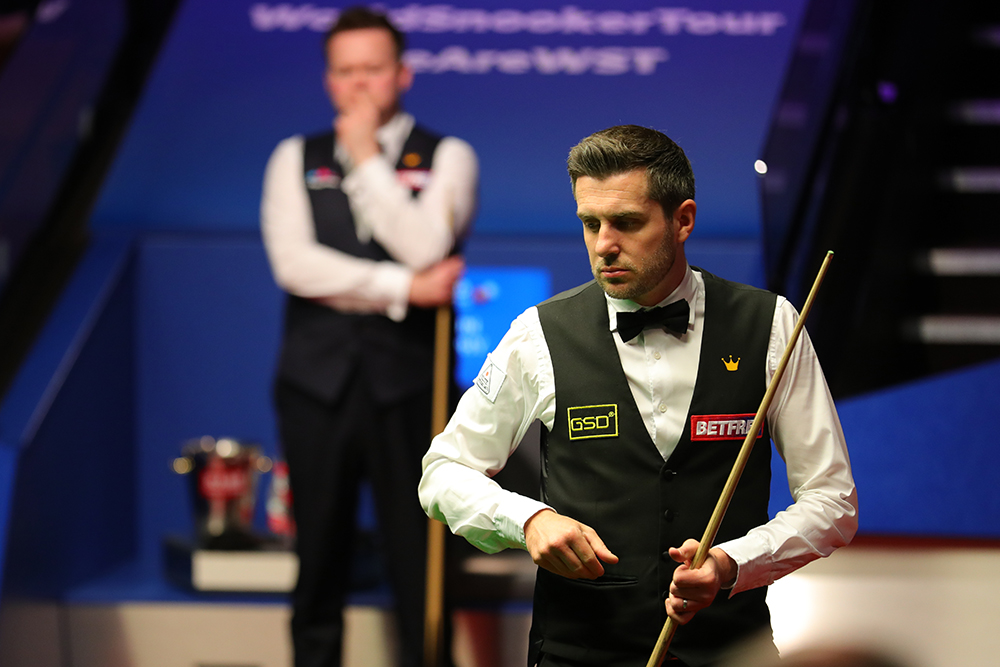 Selby has conceded 26 frames in reaching the final, while Murphy has lost 37

Selby is playing in his fifth Crucible final and aiming for his fourth title, having lifted the trophy in 2014, 2016 and 2017. Only four legends of the sport have won the title more than three times in Sheffield: Stephen Hendry (seven), Ronnie O’Sullivan (six), Steve Davis (six) and John Higgins (four).

The 37-year-old from Leicester is playing in his 30th ranking final and hoping to become the eighth player in history to make it to 20 ranking titles. Currently ranked fourth in the world, he will move up to second behind Judd Trump whatever the result of the final.

Murphy is contesting the Crucible final for the fourth time, having beaten Matthew Stevens to win the title back in 2005, then finished runner-up to Higgins in 2009 and Stuart Bingham in 2015. If he wins the silverware it will be the longest ever gap between first and second world titles, and he would become only the seventh player to capture the crown more than once at the Theatre of Dreams.

Irthingborough-born Murphy, age 38, is targeting his tenth career ranking title and first since the Welsh Open 15 months ago. Victory would boost him from seventh to third in the world rankings, while the £200,000 runner-up prize would see him finish the season in fifth place,

Murphy took the opening frame with an excellent pot on the final blue, and also won the second on the colours thanks to a crafty cross-double on the brown. He could have gone 3-0 ahead but missed a red to a top corner on a break of 65. Selby eventually took frame three on the colours and added the fourth with a run of 89 for 2-2.

Dublin-based Murphy regained the lead with a 75 but a missed black early in frame six proved costly as Selby responded with 46 for 3-3. A rasping long red in frame seven set up Murphy for a break of 64 as he edged ahead again.

In the last of the session, Murphy was 52-46 ahead when he missed the penultimate red to a centre pocket. Selby took red and black but then over-cut the last red to a top corner, and his opponent cleared to take a two-frame lead.

They return at 7pm for nine more frames.