• Eurosport will screen snooker’s Matchroom.Live Championship League from 1-11 June
• Live and exclusive coverage spans Europe (outside the United Kingdom)
• Andrew Georgiou: “We’re delighted to be able to partner with Matchroom to bring one of the first live sporting events on UK soil since the pause in live action”

Live world-class sports continues its eagerly-awaited return to the screens of millions of fans across Europe with snooker’s Championship League – one of the first events on UK soil since the pause in live action – set to air exclusively on Eurosport and Eurosport Player (excluding UK).

The tournament, taking place between 1-11 June from Milton Keynes in the United Kingdom, will see 64 of the world’s best players go toe-to-toe battling it out for a total prize fund of £218,000. Fan-favourites Judd Trump, Ronnie O’Sullivan, Mark Selby, Neil Robertson, Mark Allen and Kyren Wilson have confirmed they will enter the event.

The agreement between Eurosport and Matchroom Multi-Sport means the Championship League will be screened in over 50 countries and territories across Europe*, strengthening Eurosport’s position as the Home of Snooker.

Andrew Georgiou, President, Eurosport and Global Sports Rights & Sports Marketing Solutions, said: “We are proud to have a deep relationship with Matchroom and are delighted to be able to partner with them once again to screen one of the first live sporting events in the United Kingdom since live sport was placed on pause. We know people have been missing live sport and through the Championship League we are aiming to leverage Discovery’s sports platforms to bring world-class snooker to millions of fans across the continent.

“Despite the challenges of this pause, Eurosport has actively strengthened its offering for content-hungry fans we await the safe return of sport more widely. We wholeheartedly support Matchroom’s safety measures through our own technology infrastructure which protects the well-being of our own staff and everyone involved.” 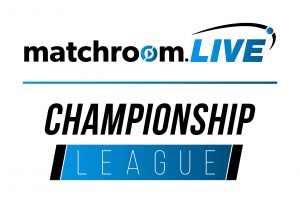 Barry Hearn, Matchroom Chairman, said: “We are delighted that Eurosport will broadcast extensive coverage of the Championship League as this will bring the event to a vast number of territories and give fans in those regions the chance to see live sport. Across the globe, people are facing challenges, but top-class live sport gives them a welcome diversion and a dose of inspiration.

“Snooker is one of the few sports which is able to return because of the strict health and safety measures we can put in place, which we have achieved. Eurosport is one of our most important long-term partners and we are thrilled to be building that relationship as we look towards the future.”

The Championship League will feature a minimum of 126 matches over 11 days of competition:
• 64 players competing in 16 groups
• All groups involve four players per group
• Two tables (one on linear + one streamed) with two groups playing each day
• Player that finishes top of the group goes through to the next stage
• All matches played over four frames.
• Tournament Finals on 11 June – the four Phase Two winners compete in one final group, played on one table, to determine the Championship League winner.

In 2016, Eurosport underlined its status as the Home of Snooker when it signed a new ten-year agreement with World Snooker to broadcast all of the major tournaments on the snooker calendar, including the Home Nations Series, Masters and the World Snooker Championship.

*Coverage of the Championship League on Eurosport excludes the United Kingdom