From Alexandria To New York – Elsayed’s Path To Professional Status 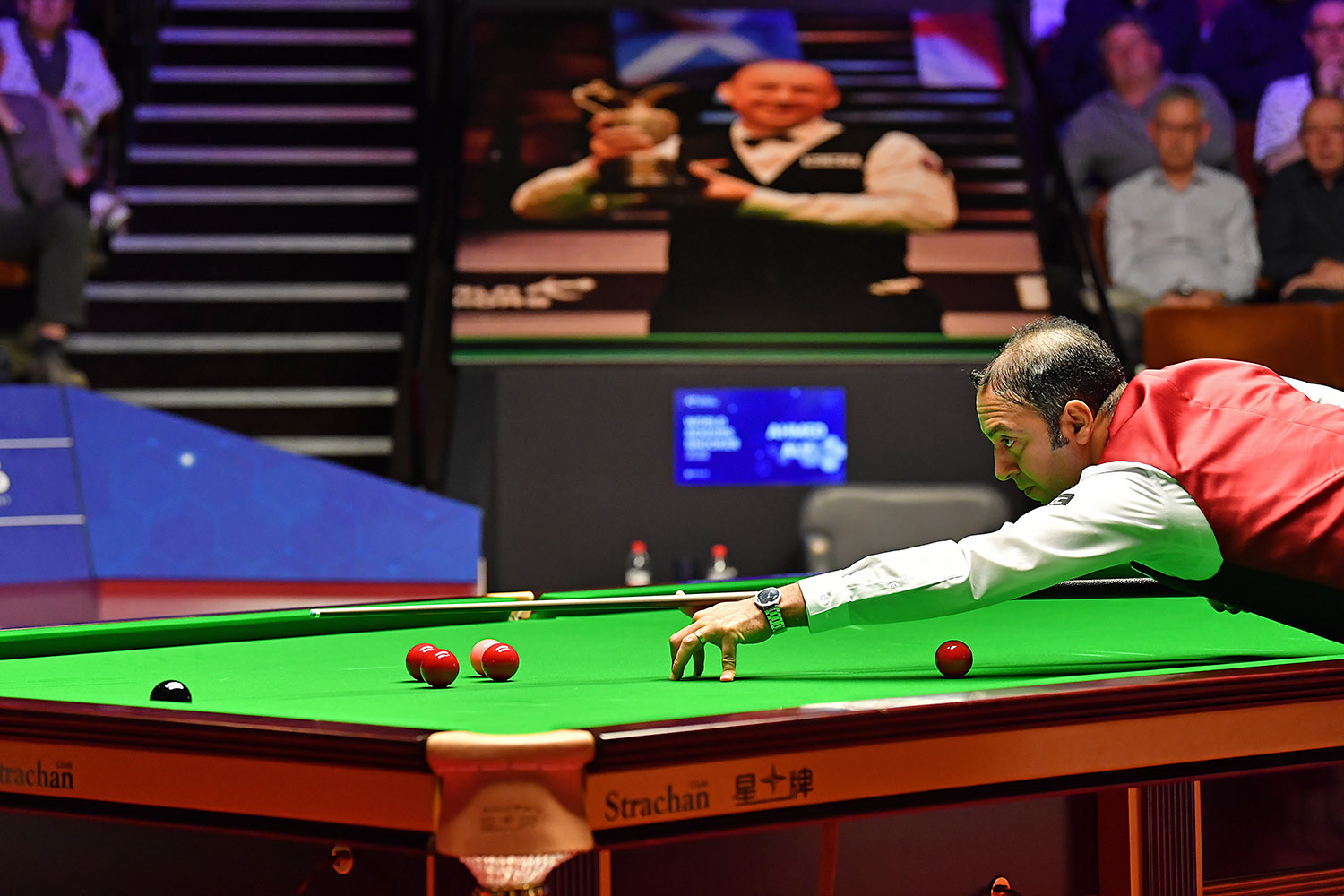 Ahmed Aly Elsayed recently earned a berth as one of snooker’s newest professional’s and his route to the sport’s top table is certainly a colourful one.

Its origins trace back to a table in Alexandria once owned by King Farouk and involved a stint performing on Broadway in New York. Now, after becoming the Pan American Champion, Elsayed has his sights set on making an impact on the World Snooker Tour.

Having moved to America in his 20s, Elsayed now represents the USA. However, the 42-year-old grew up in Egypt and developed an interest in cue sports at an early age in Alexandria. Elsayed initially played pool before his father, who was in the Egyptian Army, took him to play snooker. From that point he knew he had found the sport for him.

Elsayed recalled: “I was really fascinated by pool when I was younger. My big brother used to go with his friends. I wanted to go with them and he kept telling me that it was a game for adults and older people. That triggered my interest and made me want to play more. When I did get to go, I improved very quickly. I started beating my brother and all of his friends and then won a couple of pool tournaments in Alexandria.

“My dad was an officer in the Egyptian Army and he took me to a club for members of the army. We went there so I could play snooker for the first time. There were four tables in very nice and decorative rooms. Two of them used to belong to King Farouk. Before this, I’d never seen a snooker table in my life. I took one shot, one of the officers was watching and he liked my technique. All of a sudden, he went up to my dad and told him that they met up to play every Monday and Thursday. He said they would like me to go along and play with them. They were generals, who were high up in the army and the navy, in control of bases and a lot of people and I was playing with and beating them.”

After graduating from college with a degree in civil engineering, Elsayed went on a summer holiday to America, where he intended to play in some pool tournaments. However, circumstances changed and he ended up making the vacation permanent. He eventually landed a job at the New York Athletic Club, an exclusive private social and athletic club.

The job involves Elsayed giving coaching and advice to the club’s members. This was in line with other sports, like fencing, water polo, swimming and wrestling, where experts work with members. Elsayed has since become a six-time US National Snooker Champion, in addition to his recent win at the Pan American Championship.

“There was very little snooker in New York at the time, so I played pool. I went to a club called Amsterdam Billiards and someone there invited me to the New York Athletic Club, where they have snooker,” said Elsayed.

“I met a few very nice people there and they invited me and asked me to come regularly. There was an international tournament at the club, other clubs like the RAC club from England came over. I made it to the final and managed to win. I was made a member of the club after that. Now I give lessons to the members and I run a Saturday programme for the kids to learn.

“It is a very old club which has a history of Olympic medal athletes being members. This comes in exchange for giving advice and lessons to other members. I have spoken to a lot of these people and learned a lot from them. I’ve spoken to gold medalists from all sorts of sports. All the time you meet the best, whether it is from fencing, wrestling or swimming. I have a few pictures with the US Water Polo team. Before they went to Tokyo for the Olympics, they all came to play snooker and I gave them lessons.” 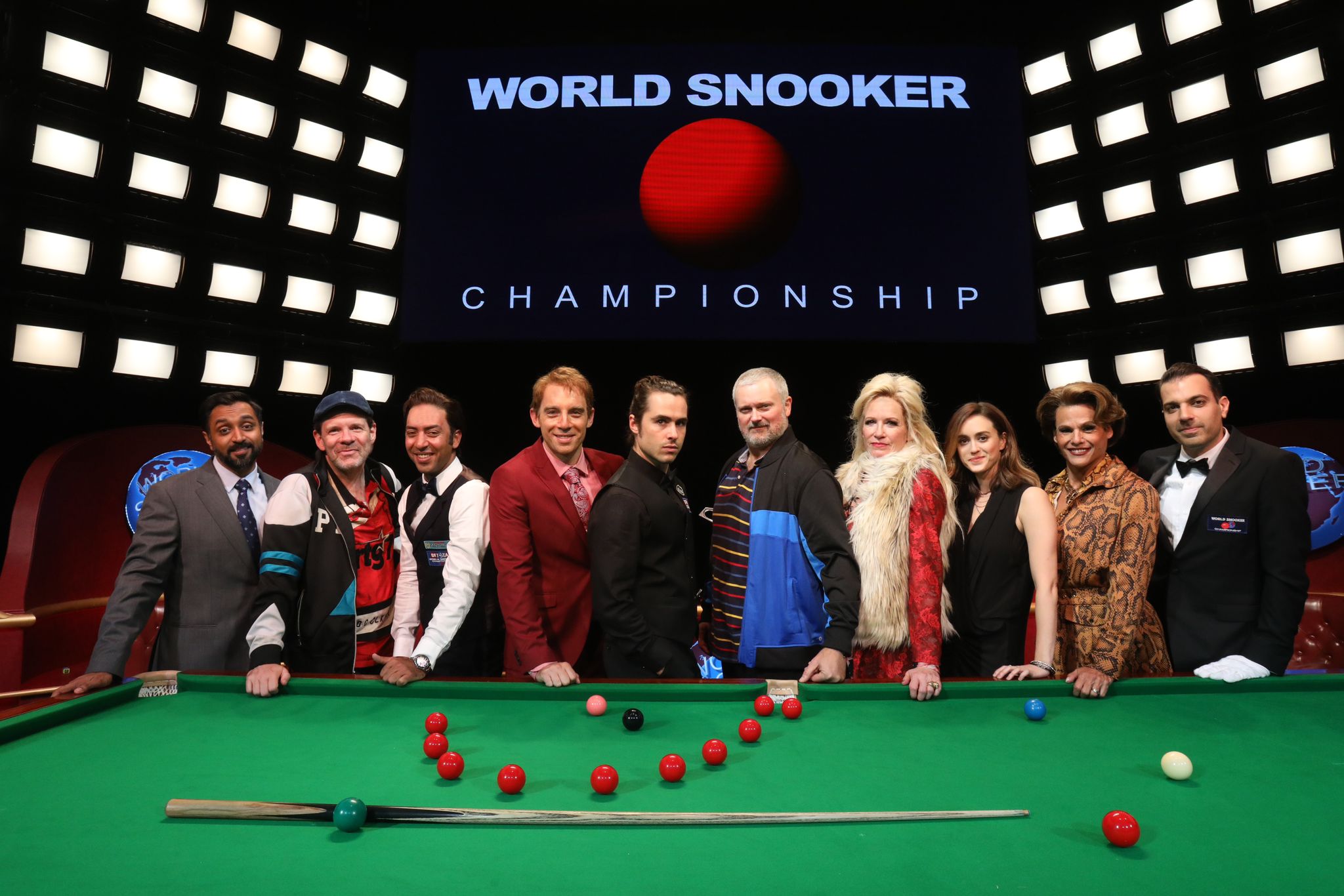 Elsayed and the rest of the cast of The Nap on Broadway.

Elsayed’s association with the club then gave him a unique opportunity when Broadway came calling. After a successful run at the Crucible Theatre in Sheffield, a snooker themed play called The Nap was commissioned for a stint at the Manhattan Theatre Club.

The final scene of the play involves a live frame of snooker. The lead actor must take on a real player in the World Championship final. Elsayed was asked to take up the role of the professional opponent. It turned out to be a life changing experience.

He explained: “I think that was my destiny, as it was where I met my lovely wife Amy. I had a phone call from someone at the Manhattan Theatre Club and they asked me about training up the main cast at snooker. It then turned into actually being in the play. I taught the main actor from scratch. He had never played before and I got his stance right and his technique. However, he went from that to having to actually make some shots in front of an audience. It was only on a plywood table too, it was very tough to play on. He was great and it went well. I will never forget playing with him on Broadway. 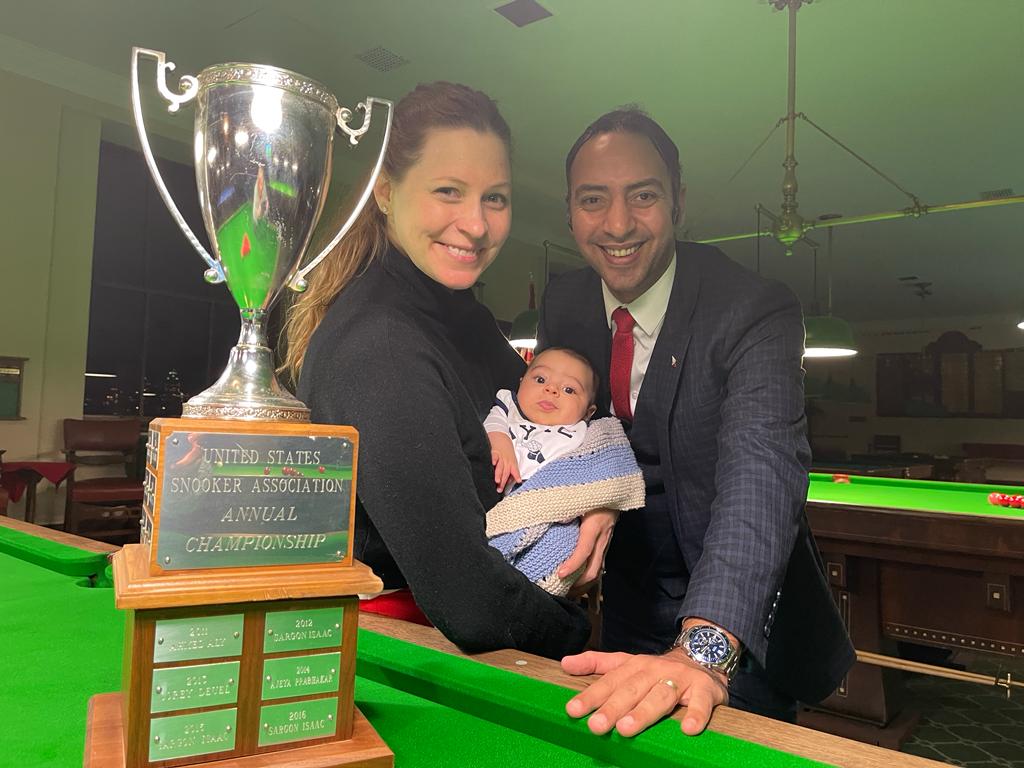 “My wife was in charge backstage and that was where I met her. We used to play cards together in between acts and things. We continued seeing each other, got married and have a son called Omar together. She now works backstage on Hamilton.”

Having had a taste of the sport’s biggest stage when competing at the Crucible during the World Seniors Championship, Elsayed is now readying himself for the professional circuit. He has a two-year tour card starting in 23/24 and his preparations are underway. Elsayed has already taken advice from Canada’s former Crucible king Cliff Thorburn, as well as top snooker coach Chris Henry.

“I know Cliff Thorburn very well. He used to come to the New York Athletic Club and we did a few exhibitions together. He has given me a lot of advice. I’ve known him since 2006 and he is like family to me. I went to Toronto this year and he gave me a few pointers. I really appreciated it and it helped me a lot during the Pan American Championship. I must also give huge credit to Chris Henry. He is coming to New York next week and we will have a couple of sessions together. He has been brilliant helping me with the mental side. I always distract myself and he has shown me breathing techniques and taught me how to calm down.

“I feel like I can compete when I come over. My dream has come true at the age of 42, which is a shame. However, that is ok because if you work out and get your brain right then age doesn’t matter. I am excited and over the moon about getting a tour card. I want to show everyone what I am capable of.”