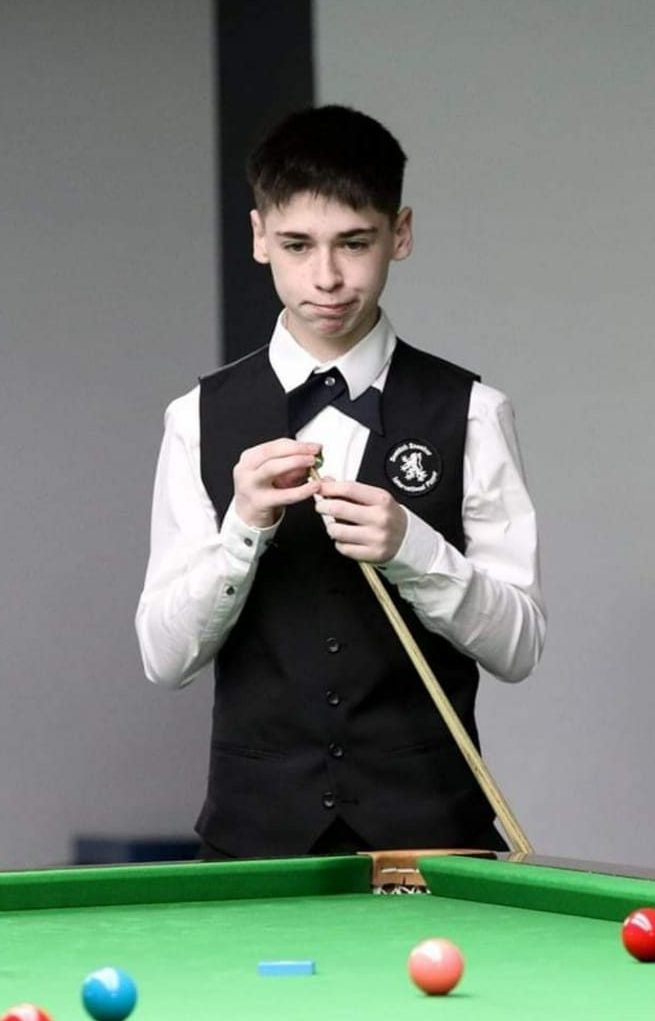 Scottish amateur Liam Graham, who will make a wildcard appearance at next week’s BetVictor Scottish Open, has admitted that a spell practising with Alan McManus was the best thing that ever happened to him.

The Glaswegian 17-year-old faces former Shoot Out champion Michael Holt next week in Llandudno. Graham earned his wildcard for the event by topping the Scottish under-21 rankings.

Earlier this year, Graham was afforded the opportunity to practise with former Masters champion McManus, who was himself preparing for his final event before retirement at the World Championship. Graham believes that the advice he received was invaluable and he did everything he could to make the very most of it.

Graham said: “That was the best thing that ever happened to me. He is probably the most knowledgeable snooker player on the planet. He really did help me a lot with my game. I don’t think I’d be half as good as I am now without him. He’s brought on my safety game and my overall game in general. It took me to a different level playing with him.

“If I made a mistake while we were playing, he would just stop me straight away and we would talk it through. He’d ask why I’d played a shot in a certain way and then explain why I shouldn’t have done. I actually wrote all of his tips down, everything he told me. I would then go in the next day and make sure that I did that thing right. However, there was always something else that could crop up. There is always something you can learn from Alan and there is always something he can help you improve on. It was incredible and I was just grateful he was giving me games and helping me. I don’t know where I’d be now if it wasn’t for that.”

Graham became interested in snooker at a very young age, when his grandpa first took him to play on a small table at Cathcart Bowling Club. His first memories of watching the sport stem back to when he was just six years old. He watched on television as compatriot John Higgins defeated Judd Trump 18-15 in a superb World Championship final, to pick up his fourth Crucible crown. Graham admits he was hooked from that moment on.

“It was an incredible match. After Higgins won I can remember asking my dad what it meant. I was trying to get my head around the idea that he was the best player in the whole world. It was a gripping game and after that it was on in my house all of the time. It sucked me in. My dad could see that I was alright at it. He knew I could do all the basics instinctively like make a bridge and cue straight through the ball. He saw I enjoyed it and encouraged me from there.

“I haven’t practised with John yet, but I have played with Stephen Maguire. I remember towards the end of the day I was on 50, I missed and he cleared up. He turned round to me and said “that must have hurt”, then put his cue away. These guys are amazing when you face them up close practising.

“I go down to Newcastle and play with Gary Wilson and Elliot Slessor quite a bit. I know them from playing in pro ams and things. I’d say I compete well, but they are just a wee bit better than me just now. Each time I go down, there is something to learn from them. I was hitting colours on thin safeties last time we played. I went away, worked on that and it is a bit better now.”

Graham’s clash with Holt takes place next Monday and it is a match which he is relishing. The Scot hopes that he can showcase his potential and stage an upset. However, he is in no hurry to turn professional just yet and believes there is work to be done on his game before he makes that leap.

“If I get on now that would be great, but when I get on will be when I am ready. There is no great rush. I think I’m ready enough to win at the junior level quite comfortably now. It is hard to say if I am good enough to stay on the tour now. I know I can beat anyone just now, but I have improvements to make.

“I’m delighted to get a chance to face a player like Michael. It would be a great scalp if I could beat him. I know on my day I can beat anybody. This is a different level altogether to the amateur scene though. I don’t think he has ever fallen off the tour. He is a consistent professional, he is always there or thereabouts in tournaments. He probably should have won more in the game considering how good he is.”

You can still be there at the Venue Cymru in Llandudno from December 6th to 12th, to see the best snooker players on the planet. Click here to get your tickets now.