Andy Hicks scored a 6-2 victory over Reanne Evans in the first qualifying round of the Betfred World Championship – a result which could earn him two more years on the professional tour. 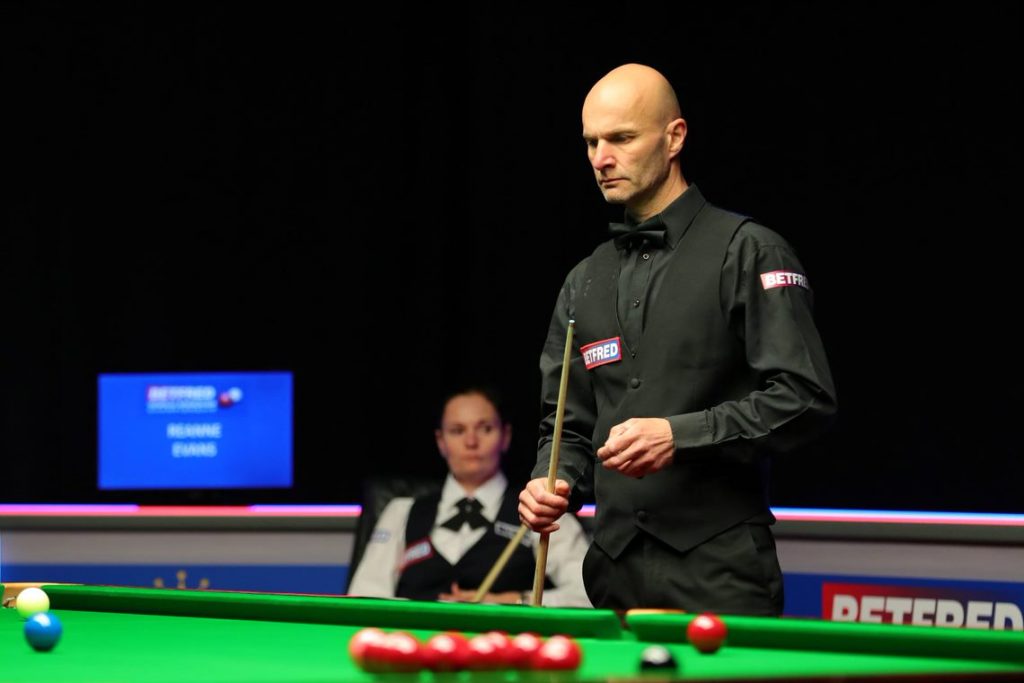 Former Crucible semi-finalist Hicks came into today’s match in danger of relegation, but victory has added £5,000 to his ranking tally which gives his hopes of a fresh two-year tour card a huge boost.

Women’s World Champion Evans is still seeking her first win in the qualifying rounds of snooker’s biggest event since she beat Robin Hull in 2017, and her dream of becoming the first woman to reach the Crucible will have to wait at least one more year. She will have a tour card for the next two seasons having been awarded a place, along with Ng On Yee.

The first two frames today were scrappy affairs, Hicks taking them both. The 47-year-old from Devon made impressive clearances of 54 and 42 in the next two frames to lead 4-0.

Evans enjoyed a revival after the interval, compiling a run of 65 to win the fifth frame, then adding the sixth by converting a cocked-hat double on the final black to a centre pocket. But Hicks made a break of 69 in the next to lead 5-2, then dominated frame eight to set up a second round match with Eden Sharav.

Hicks, who beat Evans 6-3 at the same stage last year, said: “It was a match I just wanted to get out of the way. I might have been favourite to beat Reanne, but she is not to be taken lightly. It gives me a great chance of staying on the tour for another couple of years. I didn’t score that heavily today, but there were glimpses of playing well.

“There is no greater place to play than the Crucible, that is the reason I still get my cue out at 47 years old. If I didn’t think I had a chance to get there, I wouldn’t play any more. I would just love to get back there, especially if there is a crowd.

“I said to Reanne afterwards that she deserves a place on the tour for the next two years. She is going to find it tough, but she is good enough.” 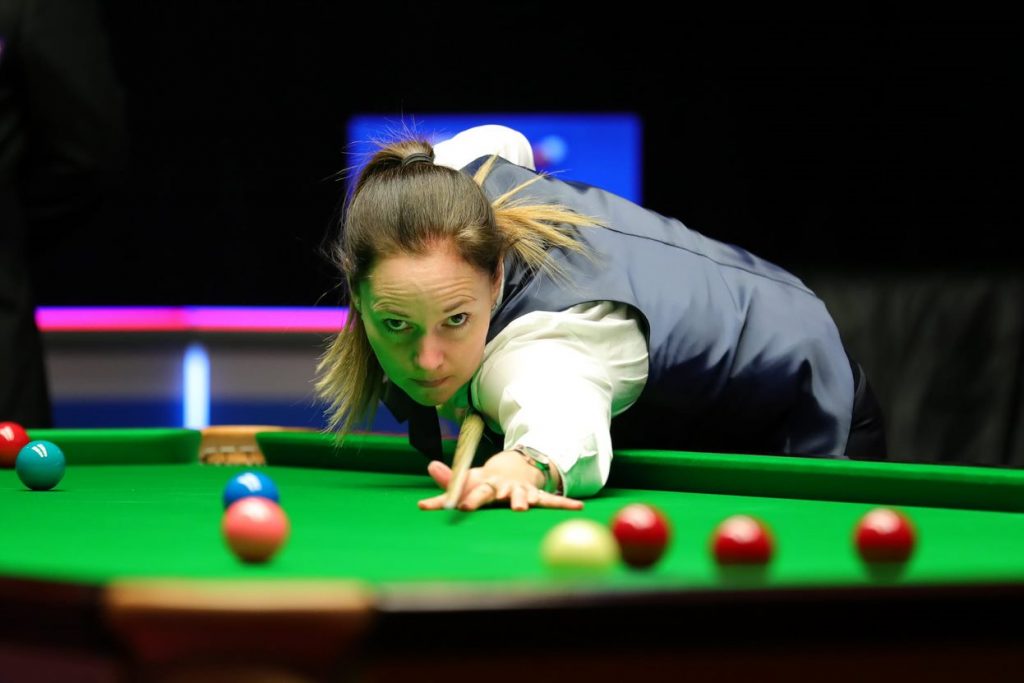 Evans said: “I needed to make a better start but I lost the scrappy frames. It took me a while to get into the match, even through I have been working really hard to be ready for the conditions. I played better after the interval and felt good, but things just didn’t go my way. The next two years will be a big learning curve for me, it’s a great opportunity for me to improve.”

Soheil Vahedi suffered relegation from the tour as he lost 6-5 to Belgian amateur Julien Leclercq. Iran’s Vahedi led 5-2, but his opponent hit back to take the next four frames with a top break of 114. Leclercq, 18, was only awarded a place in the event at short notice after Poland’s Antoni Kowalski pulled out due to injury.