Jack Lisowski played one of the best shots of the tournament so far at a crucial moment as he beat Ali Carter 10-9 in a superb match in the opening round of the Betfred World Championship. 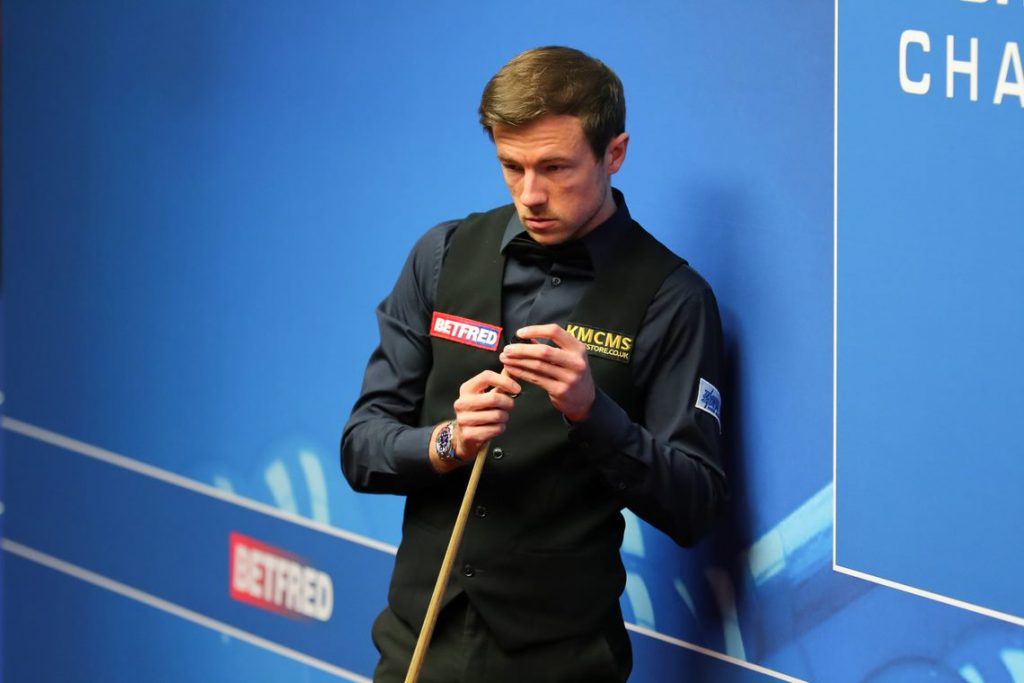 Lisowski has reached three ranking finals this season but lost to Judd Trump all three times.

In the first match of the event so far to go to a 19th frame, Lisowski potted a fabulous long red early in the decider, judging position perfectly to finish on the black. That set him up for a break of 60 which proved enough to set up a fascinating second round clash with Neil Robertson.

It was a fitting conclusion to a high quality match, though Carter was annoyed to have missed important chances from 8-6 ahead.

Surprisingly it is only the second match Lisowski has won at the Crucible – he reached the second round in 2018 then lost in the first round to Carter in 2019 and suffered a cruel 10-9 defeat against Anthony McGill last year. Today’s victory is a huge boost to the 29-year-old’s self-belief.

Carter trailed 5-4 overnight but won the first two frames today to take the lead. Lisowski made it 6-6 and would have taken frame 13 if he had potted the final brown to a baulk corner, but missed a tricky pot and Carter punished him.

After the interval, Carter’s run of 72 put him 8-6 up, and he was on course to win frame 15 until he missed a red to a centre pocket on 52. Lisowski’s excellent 77 clearance turned the tide.

Another miss to centre, this time on the blue on 28, proved costly again for Carter in the 16th as Lisowski made 52 for 8-8. Frame 17 came down to a safety battle on the last red, and Carter, leading 56-30, executed a clever cross-double to a baulk corner which set him up to edge back in front at 9-8.  Lisowski hit back with a run of 82 to set up the decider.

First chance went to Carter but he potted just one red before missing an awkward blue. Lisowski’s tremendous red gave him his opportunity and his run of 60 put him in control. Carter had one half-chance to counter but scored just 7 before failing on a tough pink, and the elbow-bump soon followed. 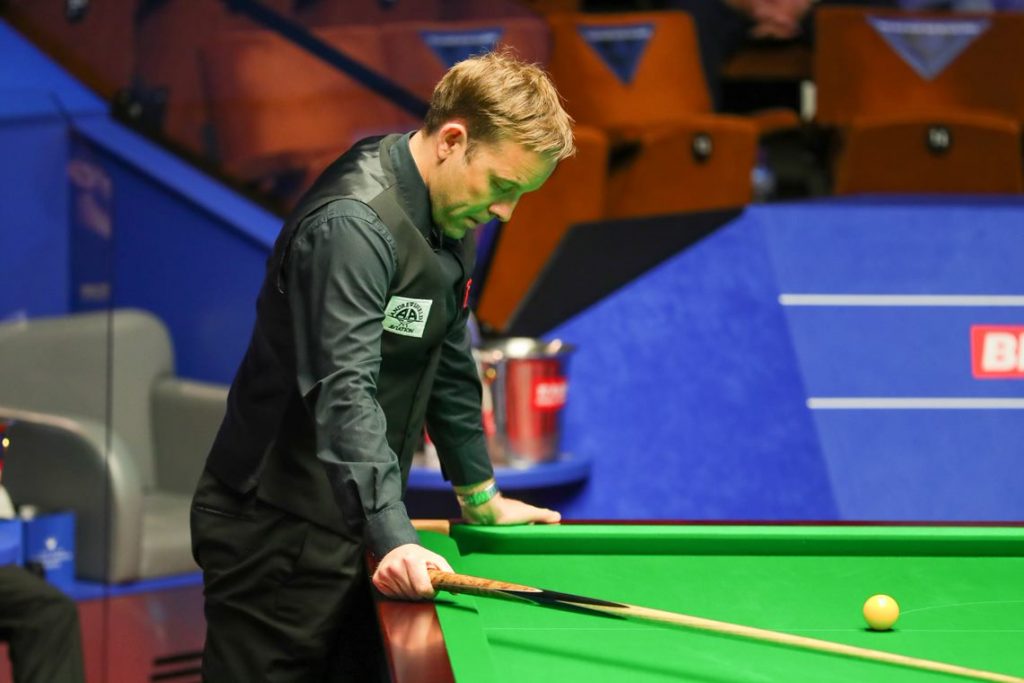 “Ali was the one player out of the 16 qualifiers I didn’t want to face,” admitted world number 14 Lisowski. “When the draw came out I knew it would be tough. But you have to beat the best players to have a chance. We both missed a few balls. To win 10-9 after losing 10-9 last year is a big relief. I held myself together well from 8-6 and 9-8 down. It’s a game I would have lost a few years ago.

“I was losing it, my concentration was going a few times. But overall I’m more composed, my game is getting better, my safety is better. It wasn’t a great performance but I did what I had to do to win. I’ve been to three finals this season so I am doing something right in terms of consistency. I want to do better than the second round here and build my way into it

“Neil is playing as well as anyone, I will have to be on top of my game to have a chance.”

Carter said: “The turning point was the red I missed at 8-6, it lipped out of the middle pocket. Then early in the last frame I missed the blue but I was closer to the side cushion than I wanted to be. I have had a good second half of the season and I’m heading in the right direction.”

On the other table, former Masters Champion Mark Allen established a commanding 7-2 lead after the first session of his opening round encounter with China’s Lyu Haotian.

The Northern Irishman is aiming to revive his fortunes at the Crucible this year. He’s only reached the single table setup once so far in his career, when he made the semi-finals in 2009. On that occasion he was defeated by eventual winner John Higgins.

Lyu is making just his second appearance at the Crucible, having come through this year’s qualifying event. The 23-year-old defeated compatriot Chang Bingyu on Judgement Day.

World number 13 Allen kicked proceedings off in fine fashion, crafting a superb break of 139. He went on to reel off a further three frames on the bounce to head into the mid-session 4-0 up.

When play resumed the Pistol fired in further century breaks of 102 and 116 on his way to moving 6-2 ahead. Allen then added a 28-minute ninth frame to head into the final session 7-2 up. They will return to play the best of 19 encounter to a conclusion this evening at 7pm.