O’Sullivan Closes In On Semi-Finals 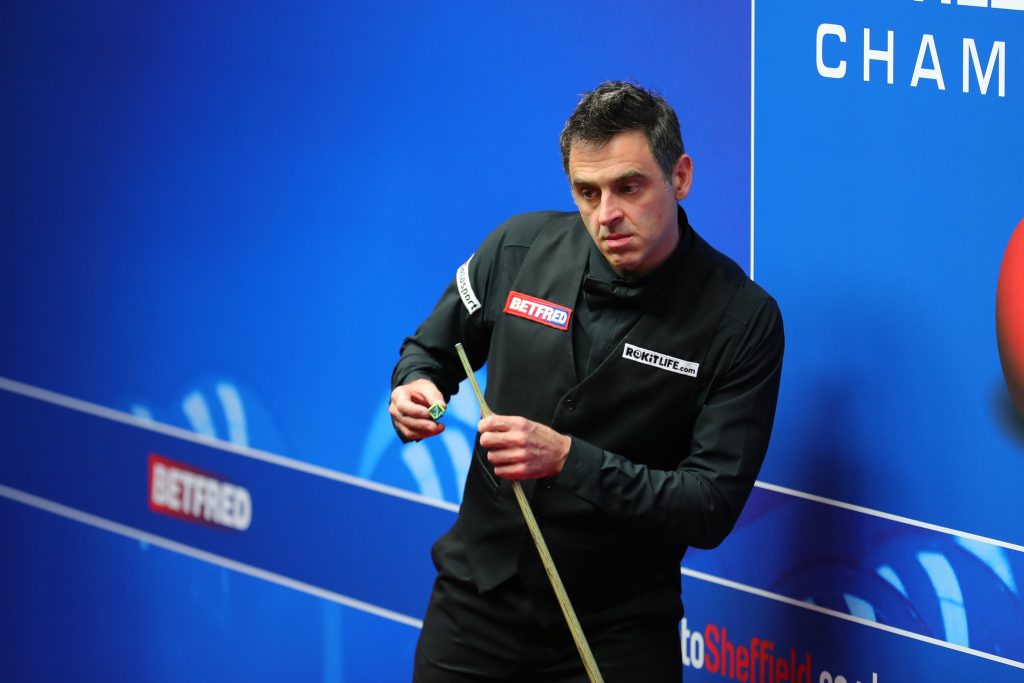 O’Sullivan has lost just 14 frames in the tournament so far, winning 34

Ronnie O’Sullivan is just two frames away from a record 13th Crucible semi-final as he leads Stephen Maguire 11-5 in their Betfred World Championship quarter-final clash.

O’Sullivan pulled away from 6-4 to take five of the last six frames in the second session as Maguire’s challenge faltered. They return at 10am on Wednesday, with first to 13 frames to go through to the last four in Sheffield to face John Higgins or Jack Lisowski.

World number one O’Sullivan has already set a new record for quarter-final appearances – with 20 – and if he advances to the single table situation he will move one ahead of Stephen Hendry’s tally of 12 semis. Maguire has lost his three previous Crucible meetings with O’Sullivan and will need to take eight of the last nine frames to avoid another defeat. 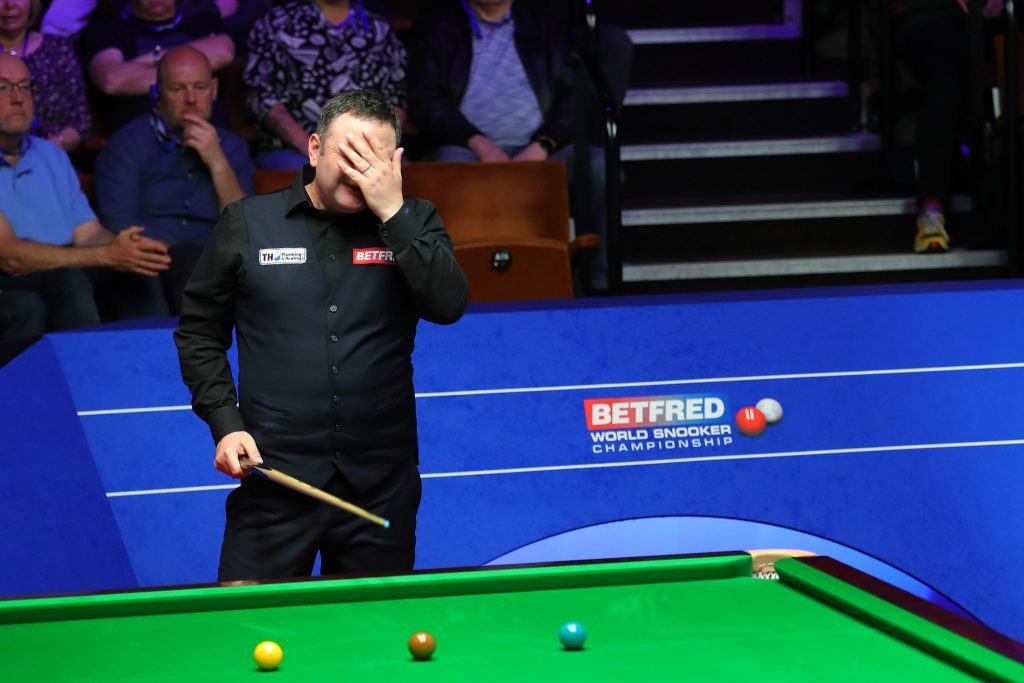 It was a bad night at the office for Maguire

Trailing 6-2 after the first session, Maguire hit back this evening with breaks of 62 and 73 to take the first two frames and close to 6-4. The Scot had first chance in frame 11 but made just 9 before missing a red to a centre pocket. O’Sullivan capitalised with a run of 64 to go 7-4 ahead, and he made a 55 in the next as he restored his four-frame cushion at the interval.

Maguire led 22-18 in frame 13 when his botched safety shot gifted his opponent a scoring opportunity, and six-time champion O’Sullivan made 69 to stretch his lead to 9-4. Soon his advantage was six frames courtesy of a run of 94, just missing out on a seventh century of the tournament when the pink stayed out of a centre pocket.

Early in frame 15, Maguire’s attempted long red missed his target and he went in-off, O’Sullivan punishing him again with a 73 for 11-4. World number 40 Maguire, who had to win two qualifying matches just to make it to the televised stages, made a 66 in the last of the session but still needs a career-best fight-back in the morning. 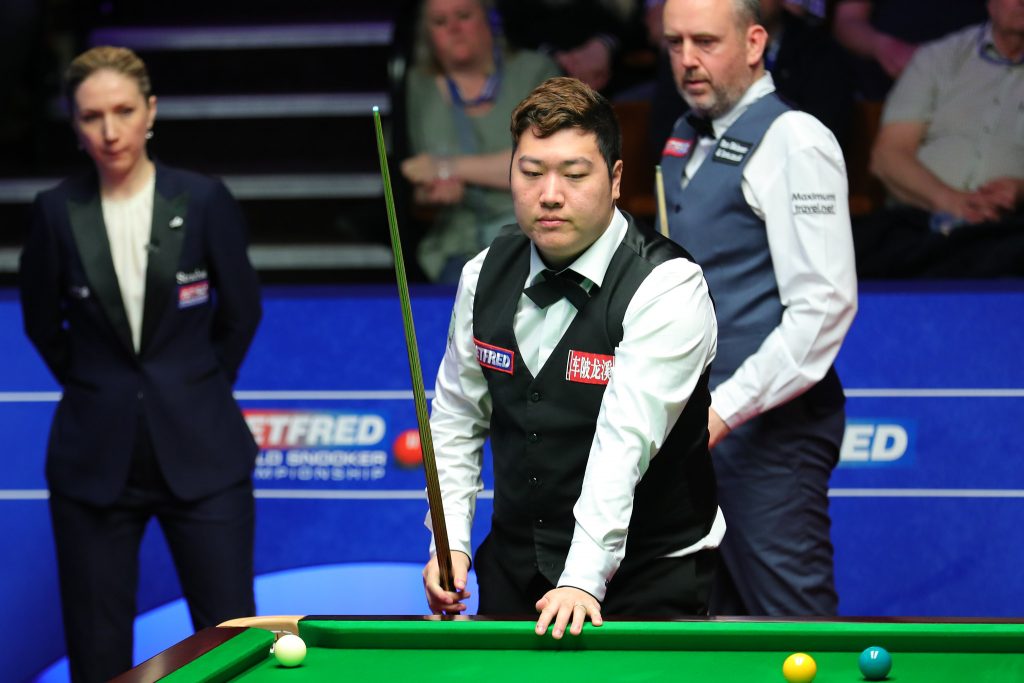 On the other table, Yan Bingtao battled back from 6-2 down to level at 8-8 against three-time Crucible king Mark Williams.

China’s 22-year-old Yan is playing in his first Sheffield quarter-final having beaten Mark Selby in the second round, and he looks capable of knocking out another multiple champion having out-played Williams for most of the evening.

They are back on the baize on Wednesday at 2.30pm, with the winner to go through to a semi-final against Judd Trump or Stuart Bingham.

Having lost the first session 6-2, Yan needed a fast start tonight, and he dominated the opening frame, then took the next with a break of 80 to reduce the deficit to 6-4. Frame 11 came down to a safety battle on the green and Yan, trailing by 23 points, attempted a long pot to a baulk corner but the green stayed out and rolled over the opposite pocket, handing Williams the chance to go 7-4 up.

The Welshman looked set to extend his lead until he over-cut a thin red to a top corner on 48 in frame 12, and Yan cleared superbly with 72 to narrow the gap. After the interval, 2021 Masters champion Yan continued his fight back as a 103, his seventh century of the tournament, made it 7-6. Frame 14 lasted 49 minutes and was resolved at the end of a tactical exchange with four reds left, when Yan knocked one in to a baulk corner and added the points he needed to square the match for the first time since 2-2.

Williams was on 15 in the next when he missed the black off its spot, and that proved costly as Yan took it with breaks of 42 and 20 to lead for the first time at 8-7. In the last frame of the session, Yan led 38-29 when he missed a tough pot on the black with two reds left, and his opponent cleared to leave them perfectly poised overnight.