O’Sullivan Digs In To Beat Saengkham

Ronnie O’Sullivan admitted to feeling nervous during his clash with Noppon Saengkham at the Cazoo UK Championship, but came from 3-2 down to win 6-3 and reach the quarter-finals.

Thailand’s Saengkham crucially missed chances to go 4-2 ahead when he looked to have the momentum, and O’Sullivan punished him as he made his way to the last eight of this event for the 18th time. He will meet Kyren Wilson or Ben Woollaston on Friday. 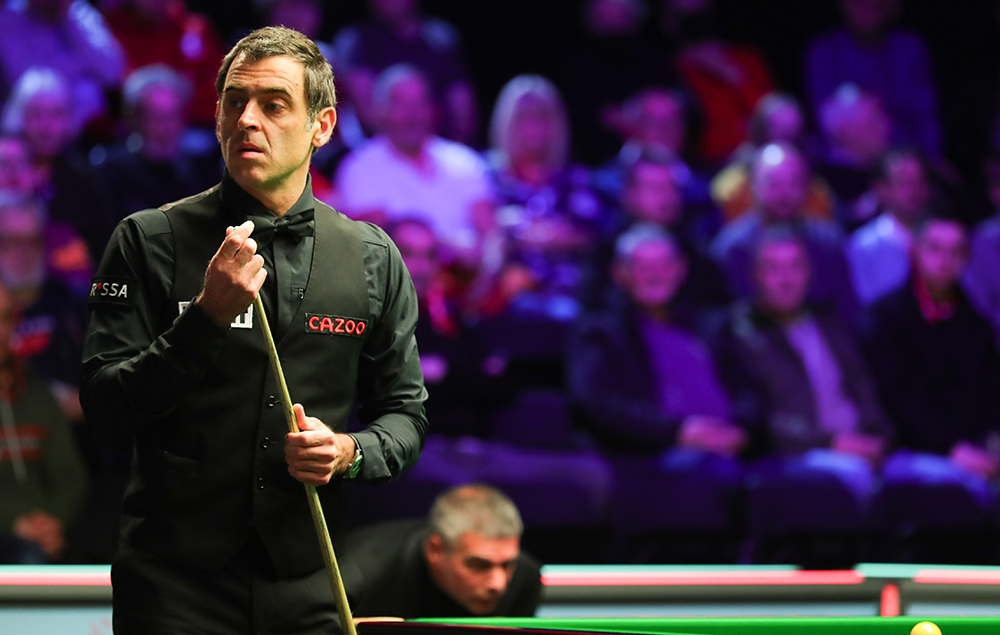 Saengkham knocked out Stuart Bingham earlier in the week and posed a serious challenge to O’Sullivan’s bid to win this title for an eighth time. The Thai took the opening frame, then world number three O’Sullivan made a break of 76 for 1-1. Saengkham regained the lead with an 83 before O’Sullivan’s 98 made it 2-2 at the interval.

In frame five, Saengkham trailed 57-6 when he converted a fantastic long pot on a red which was close to a side cushion, and that set him up for a 59 clearance to give him the lead for the third time. The world number 45 had clear opportunities to extend his advantage in the sixth, notably missing the third last red to a top corner when he led 48-14. The frame came down to the colours and a missed yellow from Saengkham allowed O’Sullivan to clear and level at 3-3.

That proved the turning point as O’Sullivan won the last three frames in just 29 minutes with top breaks of 74 and 120.

“At 3-2 down I nearly gave up, I was struggling,” O’Sullivan told BBC Sport. “But I dug in and kept applying myself. I should have gone 4-2 down, but when I won that frame something clicked and I was off and running again.

“I get butterflies, I get nervous. I’m under pressure in every match, you just try to disguise it and try to stay calm and relaxed. Everyone feels pressure, even the greats – I’ve heard of some of them being sick in the dressing room before going out. Maybe that doesn’t happen in team sports, but snooker is a tough one.

“I prefer watching snooker and talking about it than actually playing it. But I have to force myself to get a bit more juice out of playing. It’s going to end at some point but I’ll get as much out of it as I can. I used to hate watching it, but once you start doing punditry you start to enjoy it and get excited. I play for a hobby, not for a job.”

O’Sullivan first won this title 28 years ago and he turns 46 on the day of the final on Sunday. He added: “I no longer think my best is better than everyone else’s. Will I be comfortable with that? Winning is not so important. If I can be the best 46-year-old and compete with Higgins, Williams and people in that category, that’s enough. It’s only a matter of time before the younger guys start winning tournaments.

“I’m comfortable with losing and still having a smile on my face. Stephen Hendry and Steve Davis couldn’t accept that, while Jimmy White and I are fascinated by the game and just enjoy playing.” 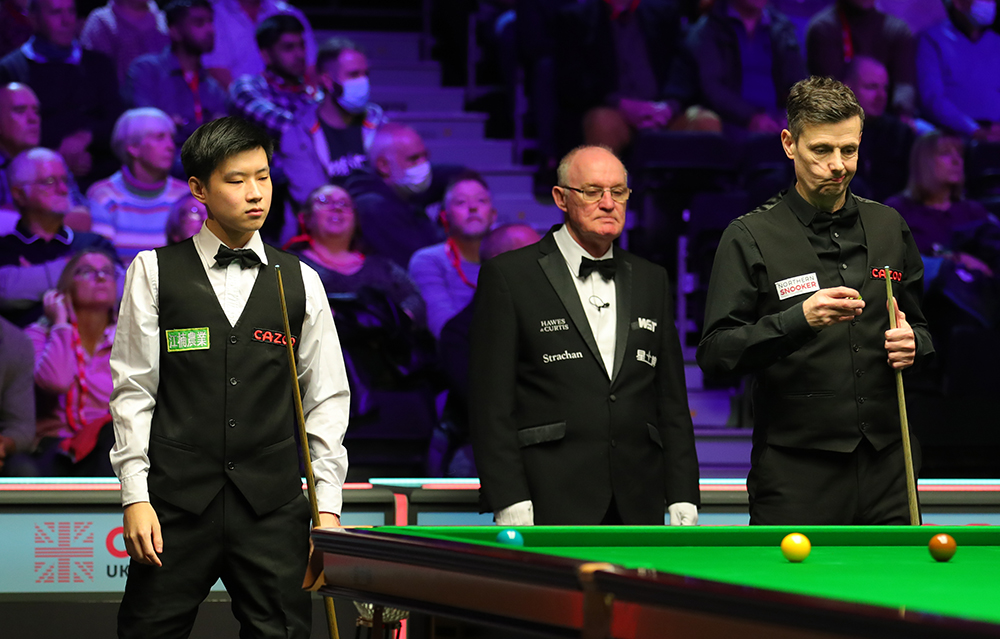 Zhao Xintong booked his place in the quarter-finals with a 6-4 win over Peter Lines. China’s 24-year-old Zhao took a 4-1 lead with a top break of 122. Yorkshireman Lines battled back to 4-4, only for his opponent to take the next two with runs of 92 and 67.

World number 26 Zhao continues his best run in this event having never previously been beyond the last 32. His next opponent is Jack Lisowski or Hossein Vafaei.

“It was a very difficult match, Peter is a great player,” said Zhao, who is based in Sheffield. “When I was 4-1 up I thought I would win quickly, then he came back at me. I was under big pressure at 4-4 but I played well for the last two frames. I knew I had to keep my style and pot balls, I knew if I played slowly I would lose the game. It’s a very important win for me. It will give me more confidence if I win the tournament.”