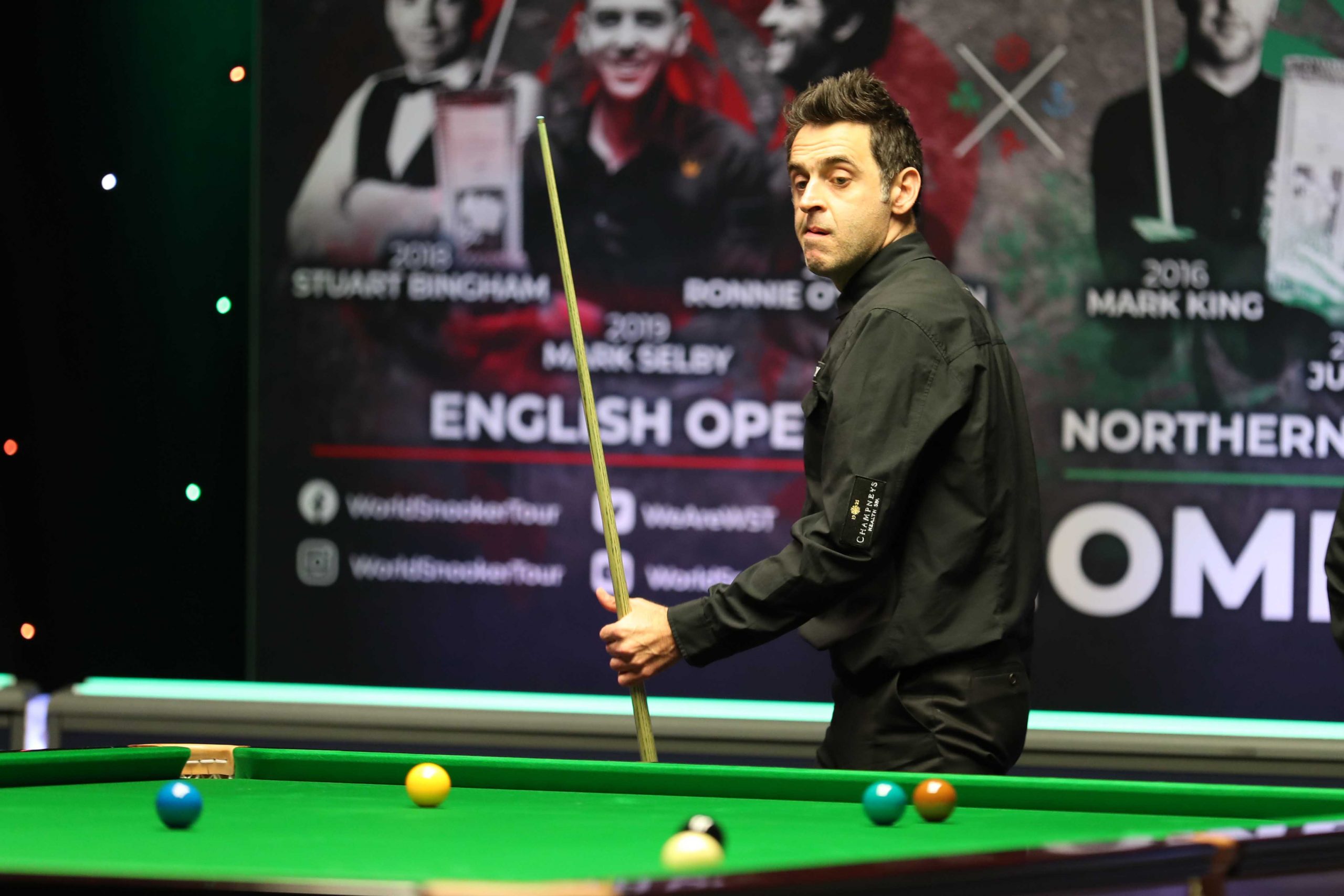 World Champion Ronnie O’Sullivan came through an enthralling clash with Thepchaiya Un-Nooh 4-2 to book his place in the quarter-finals of the Matchroom.Live Northern Ireland Open.

It’s O’Sullivan’s first trip to the last eight of a ranking event since securing a historic sixth World Championship win in August.

His most recent meeting with Thailand’s Un-Nooh came in the opening round at the Crucible this year. On that occasion O’Sullivan demolished Un-Nooh 10-1, but this evening’s match was far more closely contested.

Each frame of the thrilling encounter contained a break over 50. It was Un-Nooh who claimed the opener with a run of 85. However, contributions of 106 and 60 saw O’Sullivan move 2-1 in front. Un-Nooh restored parity with a break of 98.

In the crucial fifth frame, Un-Nooh looked set to move one from victory, before missing a straightforward red to a centre pocket on 66. O’Sullivan ruthlessly capitalised by stealing on the black with a break of 70.

The Rocket then wrapped up the win in frame six to book a mouth watering quarter-final with Ding Junhui, who scored an impressive 4-1 defeat of John Higgins.

O’Sullivan said: “Thepchaiya just attacks the balls at all times. You can’t really keep him under wraps. You just have to try and score better, make less mistakes and capitalise if he makes a mistake.

“A bit of run of the ball here or there and it can be over very quickly. I feel I got away with that tonight. He was the better player and I got a bit of luck. I had no luck in the first three matches. They do say if you are patient enough then sometimes the luck turns around. I believe you make your own luck and I got mine tonight.”

World number one Trump is aiming for a third consecutive Northern Ireland Open title, having beaten O’Sullivan 9-7 in both of the two previous finals to lift the Alex Higgins Trophy.

The Ace in the Pack is enjoying a superb 2020/21 Home Nations Series so far. He fired in a magnificent 147 break, the fifth of his career, in yesterday’s 4-0 win over China’s Gao Yang. Trump also won the first event of the series, defeating Neil Robertson 9-8 in a classic English Open final.

Trump and Gould shared the first two frames tonight, before the third came down to a re-spotted black. Trump narrowly avoided going in-off and left Gould angled by the top right pocket. Gould managed the escape, but left the black for Trump to deposit and move 2-1 up.

From there, Bristolian Trump charged to the line with breaks of 103 and 76 to wrap up victory. Next up Trump will face Scott Donaldson, who defeated Noppon Saengkham 4-2.

Trump said: “I could have been 2-1 down. I got a lot of bad luck in the third frame then I got a bit of good luck. It turned around in the end and then I made two good breaks to get over the line. I was a little bit tired, but I was just trying not to miss anything easy.

“It was a tough game. Martin is playing well and he is fearless as well. If you leave him anywhere on the table there is always a chance that he could clear up. It is always difficult and you are always under pressure against him. After losing to him earlier in the season, it was nice to get my own back.”