Mark Allen has taken top spot on the one-year ranking list thanks to his victory at the BetVictor Northern Ireland Open, with just three counting events to go until the field for the World Grand Prix is settled. 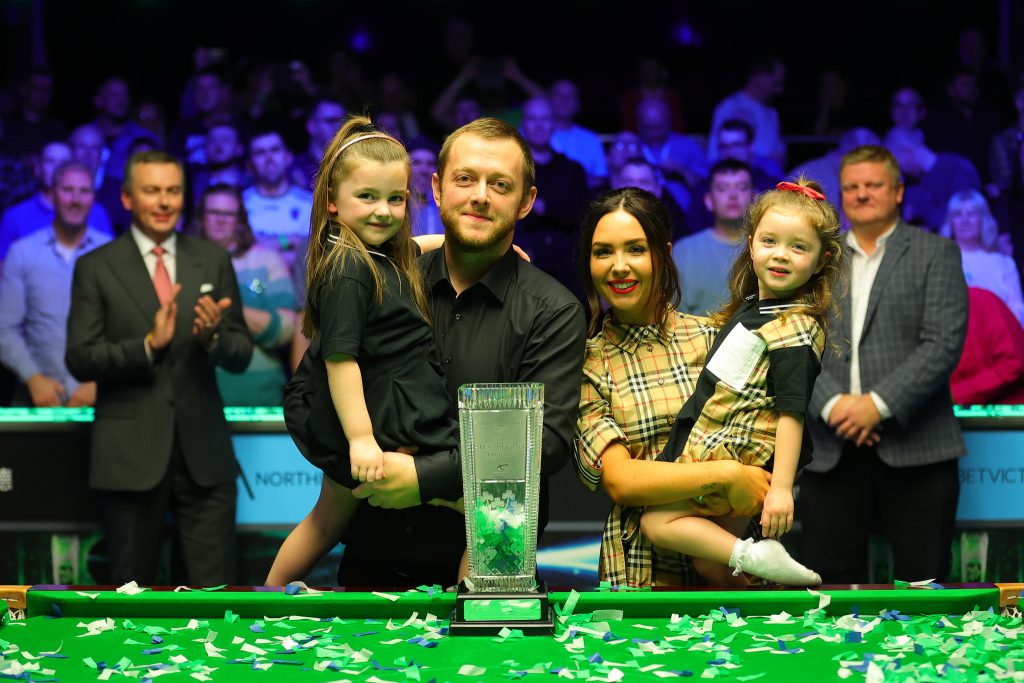 China’s Zhou picked up £35,000 as runner-up and he leaps from 31st to fourth. Neil Robertson had not earned any money on the list prior to last week, but his semi-final run boosted him to 27th place. Anthony McGill, the other losing semi-finalist, climbs from 63rd to 15th.

Only the top 32 will qualify for January’s World Grand Prix in Cheltenham. The remaining counting events are the Cazoo UK Championship, BetVictor Scottish Open and BetVictor English Open.

Ronnie O’Sullivan won the World Grand Prix last season but he has work to do over the next three events just to give himself the chance to defend that title. He is back in 66th place with £8,000, that’s half the tally of Si Jiahui who is in 32nd spot with £16,000. John Higgins is even further back in 68th place with £7,500.

On the official two-year list, Allen is up one place from tenth to ninth, while Zhou rises from 23rd to 21st. O’Sullivan remains on top, while Robertson edges ahead of Judd Trump into second place. The top 16 on that list are now sure of a place in the final stages of the Cazoo UK Championship in York, with all other players to head to the qualifying rounds in Sheffield. The seeds are:

The draw and format for that event will be announced this week.

Allen has jumped to second place in the BetVictor Series Rankings, just £1,500 behind leader Kyren Wilson. There are five events to go in that race, with the money list leader after February’s BetVictor Welsh Open to bank the massive £150,000 bonus.

The Cazoo UK Championship is the final counting event in the Race to the Cazoo Masters, with the top 16 to then go through to Alexandra Palace in January. Ryan Day is in 16th place with a buffer of £38,500 over 17th-placed David Gilbert, so Gilbert, Ricky Walden, Hossein Vafaei and McGill will need to reach at least the semi-finals in York to have a chance.

Allen’s victory also earned him a place at the Cazoo Champion of Champions in Bolton, completing the field of 16 players. The draw for that event will be released shortly.