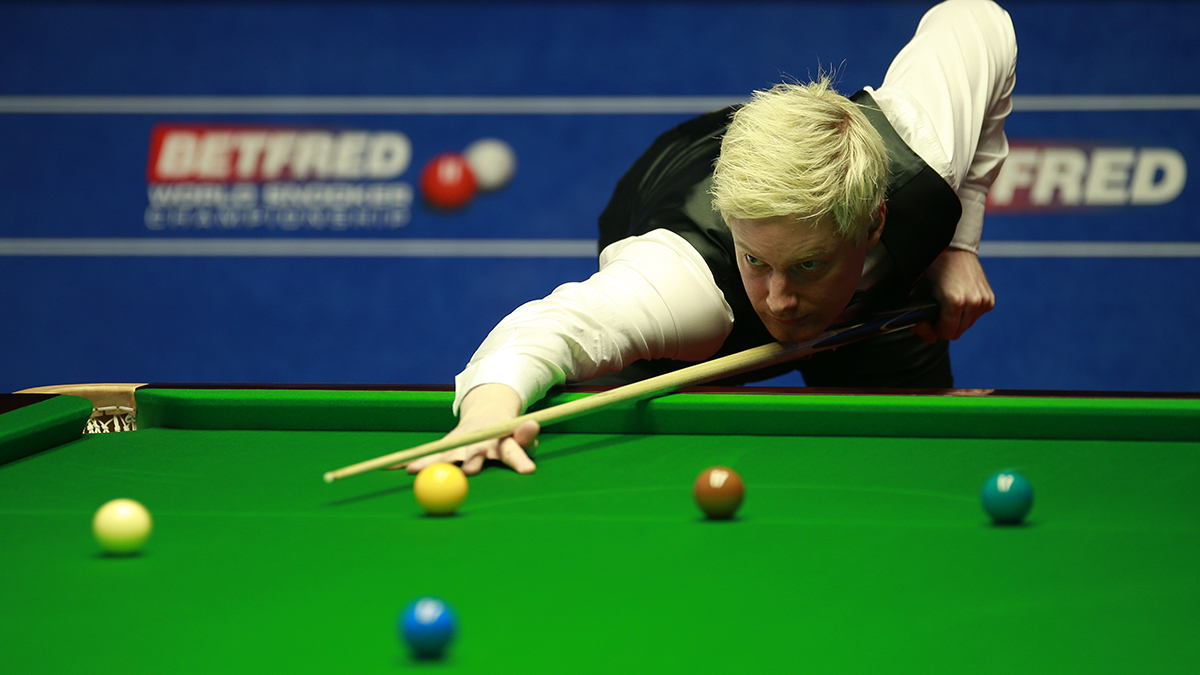 Tournament favourite Neil Robertson believes he needs play on his terms if he is to win the Betfred World Championship for the first time in 12 years.

Robertson became the first Australian to taste Crucible glory back in 2010, when he beat Graeme Dott in the final. However, the Theatre of Dreams hasn’t been a happy hunting ground for him since then, only appearing in the semi-finals on the one occasion in 2014.

The Melbourne cueman has enjoyed a superb season, winning ranking titles at the English Open, Players Championship and Tour Championship, as well as claiming a second Masters crown in January.

Robertson gets his 2022 world title bid underway this afternoon against debutant Ashley Hugill. The 40-year-old is keen to hit the ground running, but is taking nothing for granted despite his status as favourite.

“There have been a few times where I’ve thought my reputation would be enough to get through matches. When things don’t pan out like that the pressure reverses and you become shocked that things aren’t going to script. This year, every session has to be on my terms,” said 23-time ranking event winner Robertson.

“In the last four or five years, when I’ve been beaten, I have always thought that I wished I was a bit more aggressive and played the way I wanted to play. That will be the key, win or lose the most important thing will be to play each session on my terms and keep going for my shots.

“A couple of points in my quarter-final with Kyren Wilson last year got away from me and I let him back in the match. I should have kept the peddle down and pushed home the advantage that I had. I need to play the way I have all season, be aggressive, go for my shots and not be afraid to fall a couple of frames behind, because I’m good enough to pull it back.”

Watch the full interview below: