Ten years after winning the title for the first time, Neil Robertson boosted his hopes of another Cazoo Masters crown with a 6-4 victory over seven-time champion Ronnie O’Sullivan in the quarter-finals. 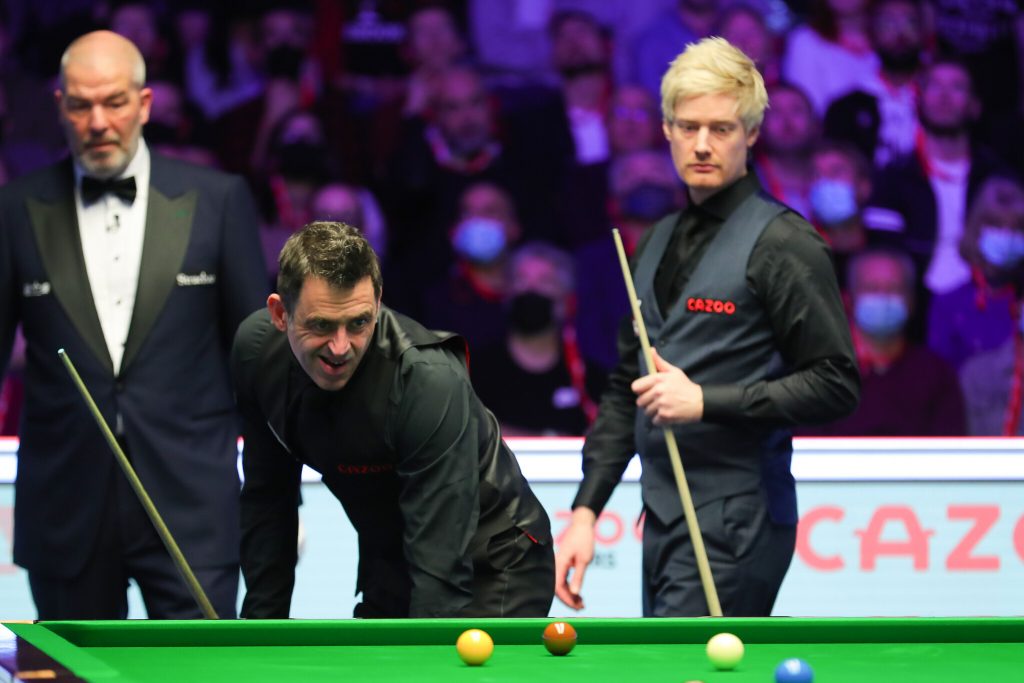 The majority of a 2,000-strong crowd at Alexandra Palace had hoped to see O’Sullivan march towards an eighth title, but he was never in front against Robertson, who eventually pulled away from 4-4 to take the last two frames. For the Australian, it was a measure of revenge as he lost 10-8 to O’Sullivan in last month’s Cazoo World Grand Prix final.

World number four Robertson, who turns 40 next month, is the first man into the semi-finals in London and will face either John Higgins or Mark Williams on Saturday afternoon. Having been knocked out in the first round of this event in both 2020 and 2021, he is now just two wins away from the £250,000 top prize.

Robertson took a 2-0 lead with breaks of 119 and 56, then O’Sullivan hit back, dominating the third frame and taking the fourth with a run of 66. O’Sullivan had a chance to snatch the fifth from 50-0 down but missed a close-range pot on the penultimate red to a centre pocket on 29, allowing his opponent to regain the lead.

In frame six, Robertson was on 37 when he failed to convert a tough long red to a baulk corner, and O’Sullivan punished him with a 102, his 80th career century at the Masters. Once again the Englishman fell behind, missing a red to top corner early in frame seven which let Robertson in for a superb 130 to lead 4-3. 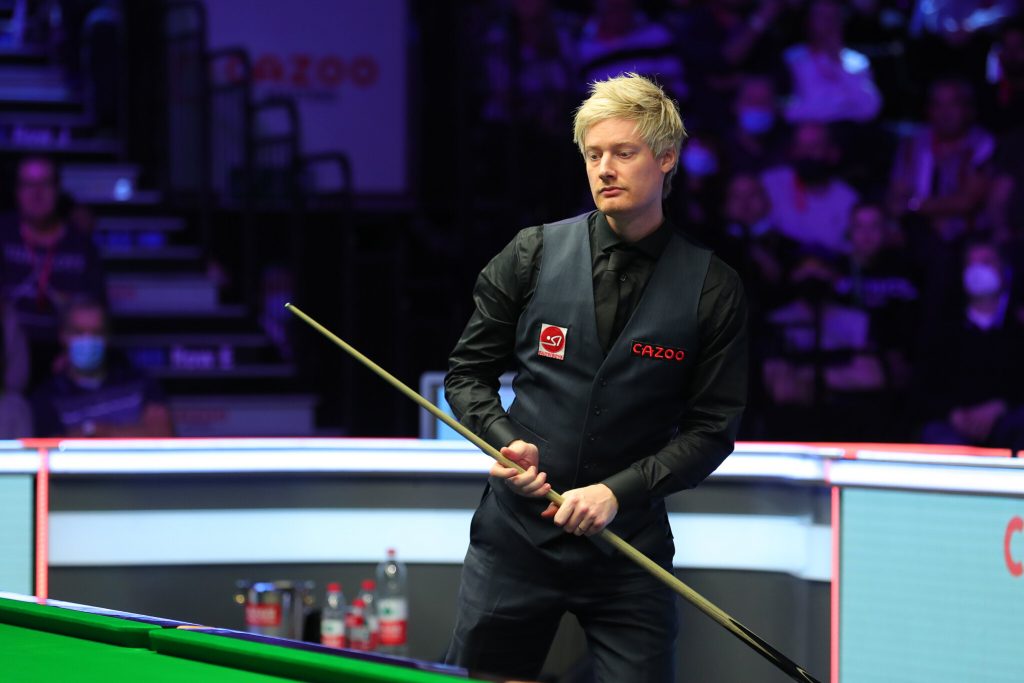 There were two scoring chances for Robertson early in frame eight but he mustered just 32 points, and O’Sullivan replied with 68 for 4-4. Runs of 43 and 49 from Robertson saw him take the lead for the fourth occasion. And this time he made the advantage count, as a run of 54 gave him control of frame ten. O’Sullivan had one final chance to fight back, but made just 6 before missing a mid-range red, and that proved his last shot.

“I saw the stats after the match and my pot success was 96% which is incredibly high in such a high pressure environment,” said 2010 World Champion Robertson. “I’m really proud of myself, the way I managed to pull through. Ronnie wouldn’t go away, very much like our final in Coventry where he kept hanging on.

“When you play Ronnie here, you need to show what you can do when you get chances. The crowd were complimentary when I was making breaks, but of course most of them are supporting Ronnie. You have to stay calm, think positive and don’t take it personally that they are cheering for their hero. He has absolutely earned that through the decades he has been on top of the game.

“I have ultimate respect for Ronnie and I have come to his defence a few times where I have seen where he was coming from. He has always been really good with me, win or lose. It makes for great matches when you have two players who respect each other so much, there’s no needle between us.

“This is an event I haven’t won for a while, I got to a couple of finals after I won it in 2012. I would love to go that step further and put myself in position to win another one.”

O’Sullivan, who bit the tip off his cue at the end of the match, said: “Good luck to Neil, I hope he does well. My mindset is that I don’t care too much whether I win or lose and I am not going to change that – even when I won the event in Coventry last month I didn’t get too excited about it.”