Mark Selby fired three centuries in a 6-3 win over Barry Hawkins to tee up a blockbuster clash with Neil Robertson in the quarter-finals of the Betway UK Championship.

Selby and Robertson have already played twice over the best-of-11 distance this season, Robertson winning classic contests 6-5 in the semi-finals of the English Open and the Champion of Champions. Leicester’s Selby will be out for revenge on Friday when he competes in his seventh UK Championship quarter-final. 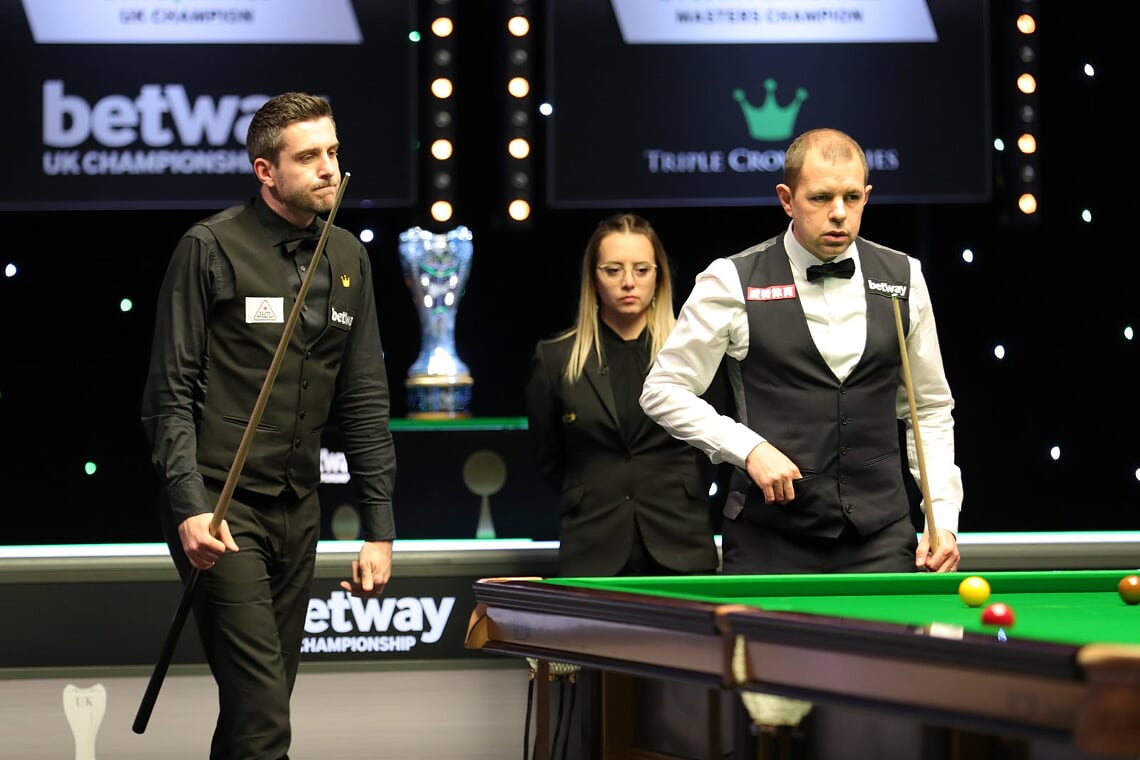 A run of 121 gave world number five Selby the opening frame tonight, before Hawkins made it 1-1. Frame three was highlighted by a fabulous shot from Selby on the blue, going in and out of baulk to free the last two reds from the top cushion. That helped him regain the lead and he made a 77 in the next to go 3-1 up at the interval.

Hawkins pulled one back, but breaks of 117 and 106 from Selby stretched his advantage to 5-2. A scrappy eighth frame went to Hawkins, but two-time UK Champion Selby clinched the result in the ninth.

“I felt really good tonight,” said 37-year-old Selby. “I have had some great games with Neil and I’m looking forward to Friday. He might have won our last two matches, but every game is different so that has no bearing. When I played him at the World Championship this year (winning 13-7) my safety was very good, which is important because Neil’s long game is better than anyone’s.”

Perry Pulls Away To Beat Jones

Joe Perry reached the quarter-finals of this event for the third time in four years with a 6-3 defeat of Jamie Jones. Perry has suffered several early exits from ranking events this season, but has stepped up his game this week. 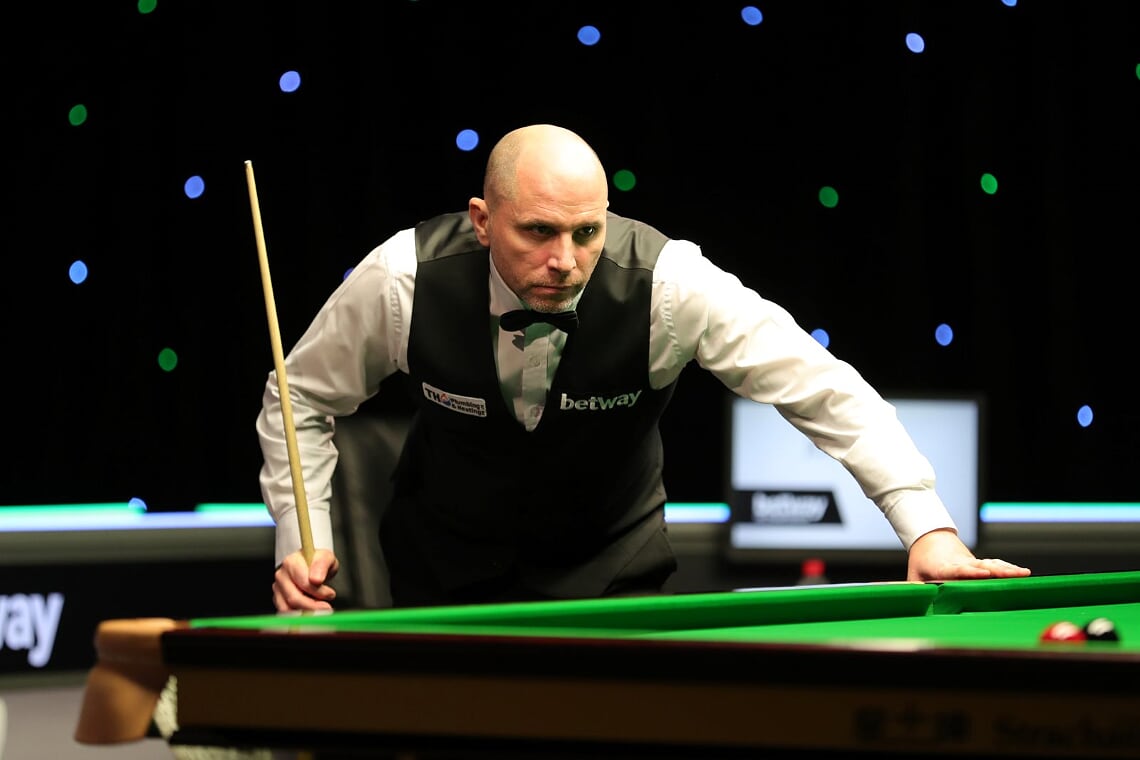 The world number 19 now faces either Lu Ning or Pang Junxu, and victory in that match could vault him into the top 16 and give him a place in the Masters. A semi-final berth would put Perry ahead of Thepchaiya Un-Nooh in the Race to the Masters.

Perry trailed 3-2 tonight but then took four frames in a row with top breaks of 58 and 87.

“I came here with no form whatsoever but it is turning out well,” said the Cambridgeshire cueman. “I had no expectation of getting into the Masters and I still don’t want to think about it and put extra pressure on myself. It would be fantastic to be there because Alexandra Palace is such a special place.

“There’s no getting away from the fact that the draw has opened up this week – when Ronnie O’Sullivan is knocked out of your section of the draw you feel it is an opportunity. But both of the two lads I could play next have scored more heavily than me this week. Hopefully I can bring some form to that match and use my experience.”