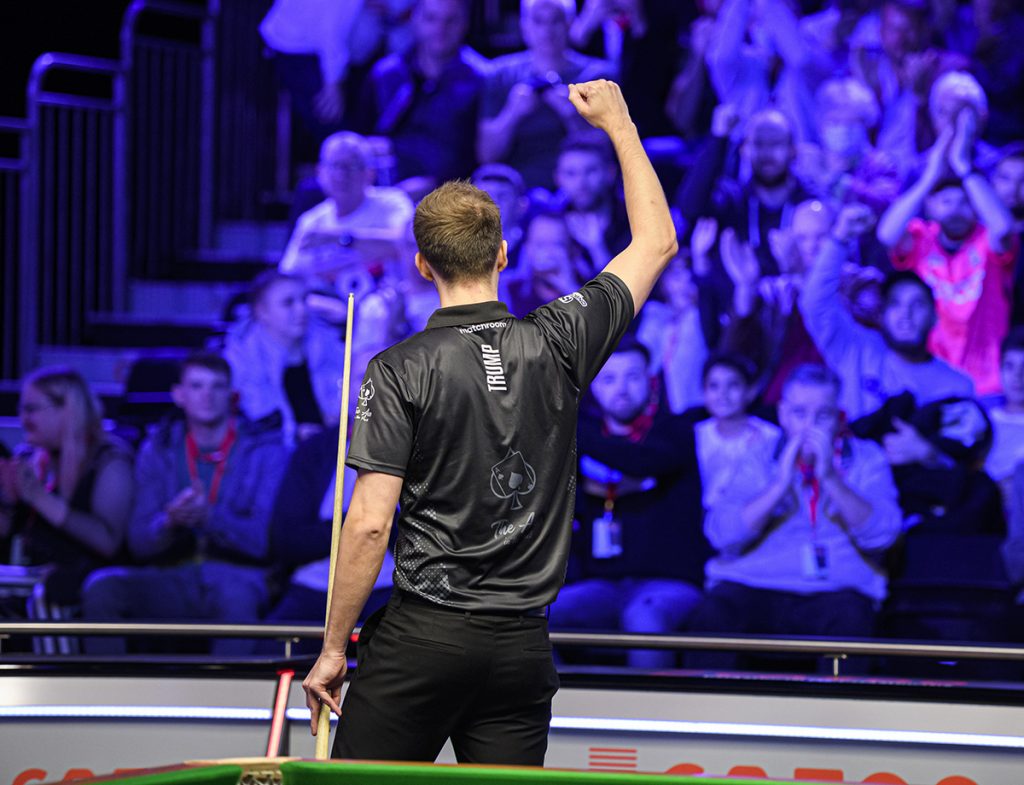 Judd Trump whitewashed Kyren Wilson 6-0 to reach the final of the Cazoo Champion of Champions and has won 16 consecutive frames at the tournament in Bolton.

Trump will face John Higgins or Yan Bingtao for the title on Sunday and victory would give the world number two his first silverware since he won the BetVictor Gibraltar Open in March.

The Bristol cueman won four straight frames in his opening match against David Lilley on Monday, then saw off Ryan Day 6-0 before repeating that scoreline tonight against Wilson. Breaks of 88, 82 and 88 helped him to an emphatic victory.

Trump is through to his third Champion of Champions final and is looking to lift the trophy for the first time having lost to Ronnie O’Sullivan in 2014 and Neil Robertson in 2019.

“To do what I have done here has come a little bit by surprise,” said 32-year-old Trump. “I haven’t played my absolute best, but it’s been nice to get through comfortably. It’s been decent but not perfect. The other players have struggled a little bit. My safety has been good, and I’ve scored heavy. To beat someone like Kyren 6-0, you must be doing something right.

“The first frame was quite nervy. It was important for me to get that one. The longer I could keep Kyren at bay and get further away, it got more difficult for him. He never really got settled into the game. It’s important to keep your foot on the gas from the early stage. There’s a bit of time between now and the final. A little bit of practice. This is such a big event. You cannot take any liberties.

“John Higgins has been amazing and probably the player of this season so far. Yan Bingtao is improving all the time. I think it will be a close game between them.

“This is a massive event and one of the biggest on the calendar. I’ve come close a couple of times but not managed to get it over the line. These are all the best players in the world. Hopefully, I can go out there and be the face of the competition next year.

“I love it when the crowd gets involved. I think it’s important they play their part. It gets you up. It brings the nerves out before the games. The atmosphere was incredible, and I am sure it will be for the rest of the week.”

"This is such a big event, you can't take any liberties."

Judd Trump knows there's still plenty of work to do if he is to get his hands on the @CazooUK #ChampOfChamps trophy on Sunday. Will he do it? pic.twitter.com/NHbTzqcMng