Alexander Ursenbacher once again proved to be one of Ronnie O’Sullivan’s bogey players as the Swiss ace beat the World Champion 4-1 in the first round of the Cazoo British Open. 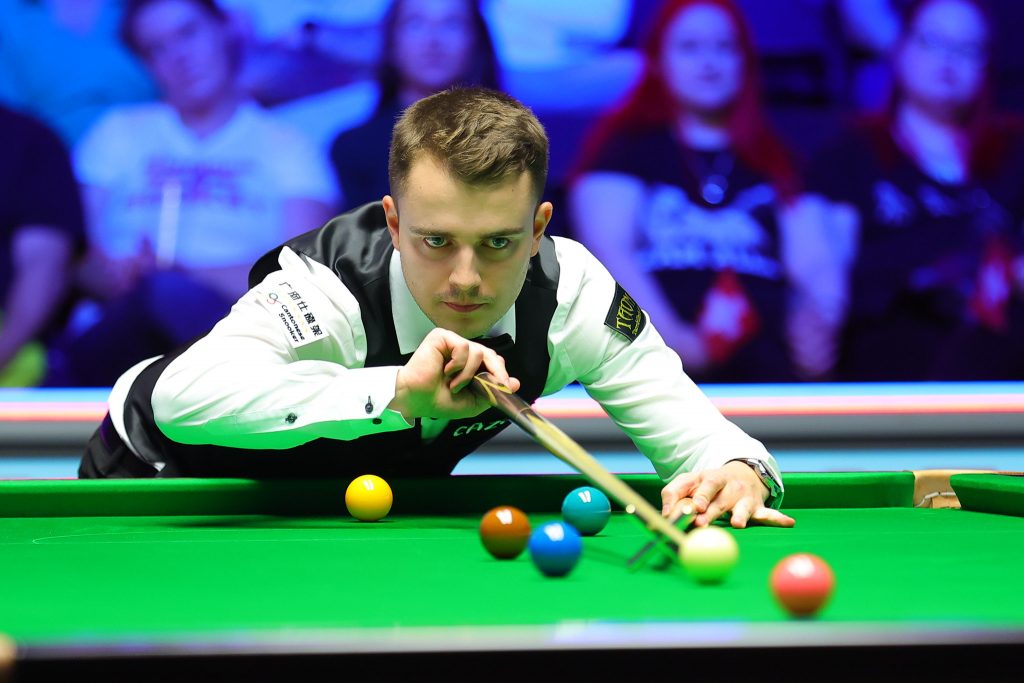 Switzerland’s top player Ursenbacher has now beaten O’Sullivan in all three of their ranking event matches – the other two coming at the 2019 Welsh Open and 2020 UK Championship. That’s a remarkable record for a player who won just three knockout matches in the whole of last season and remains in danger of relegation from the pro tour.

Ursenbacher’s mother Florenca surprised her son by making the trip to Milton Keynes to watch him play for the first time since his amateur days, and to her delight he rose to the occasion with a fine display against the reigning Crucible king and world number one. O’Sullivan’s attentions now turn to next week’s Hong Kong Masters.

Breaks of 69 and 45 helped Ursenbacher to a 2-0 lead. O’Sullivan pulled one back, and had a chance to clear from 58-7 behind in frame four, but missed the third last red to a top corner on 16. He was soon 3-1 behind, and world number 63 Ursenbacher wrapped up the result in the fifth with a run of 46.

“I didn’t think my mum was ever going to come over and watch me because of her work schedule,” said Ursenbacher, who now meets Joe O’Connor in the last 64. “It surprised me when I saw her this morning, I was so happy and I thought there was no way I was going to give in tonight. I was really nervous all day, I was anxious and couldn’t eat. She’s the best mum you could wish for but that put pressure on me because I wanted to make her proud. 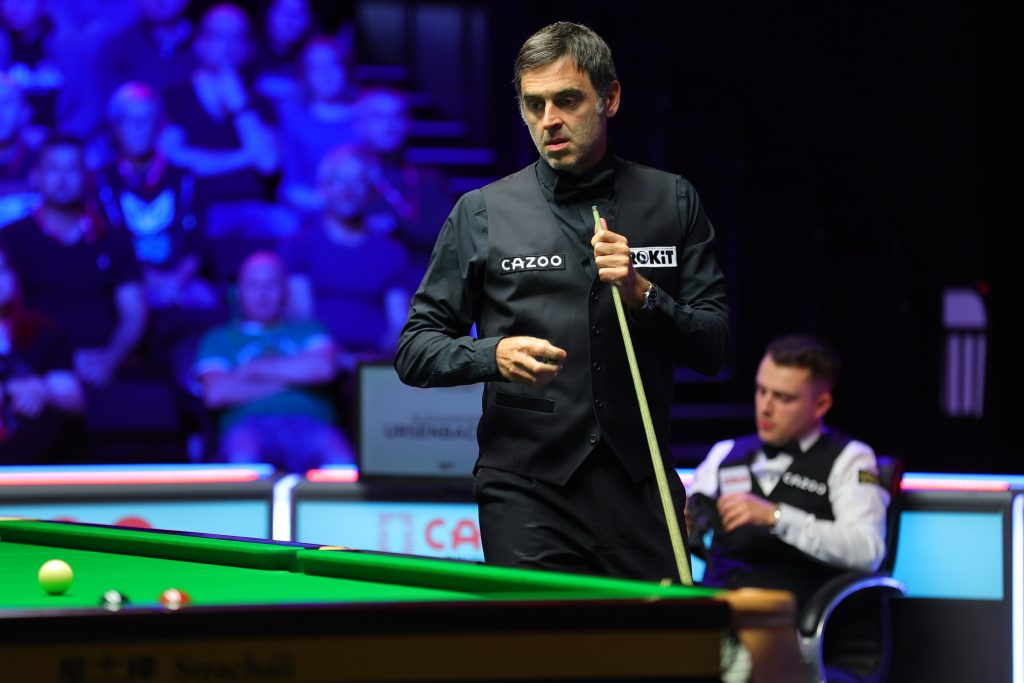 “Against the best players, it’s the easiest way to push yourself. I don’t know anyone who wouldn’t want to play Ronnie. When I play him I just want to go for it, it’s the ultimate test because he’s the greatest player who has picked up a cue. I always give 100% against him. I just play how I feel and hopefully you will see more of that from me for the next 20 years.

“I have lost weight recently. My cat died in April and that helped because I was so upset I couldn’t eat anything, then after that I didn’t put it back on.”

John Higgins came from 2-1 down to beat Andy Hicks 4-2 in an match of exquisite quality. Hicks made breaks of 110 and 143, sandwiching a run of 90 from Higgins. In frame four, Scotland’s Higgins trailed 55-0 but made a trademark 81 clearance to level at 2-2, and that proved the turning point as he knocked in 132 and 88 to secure his second round spot.