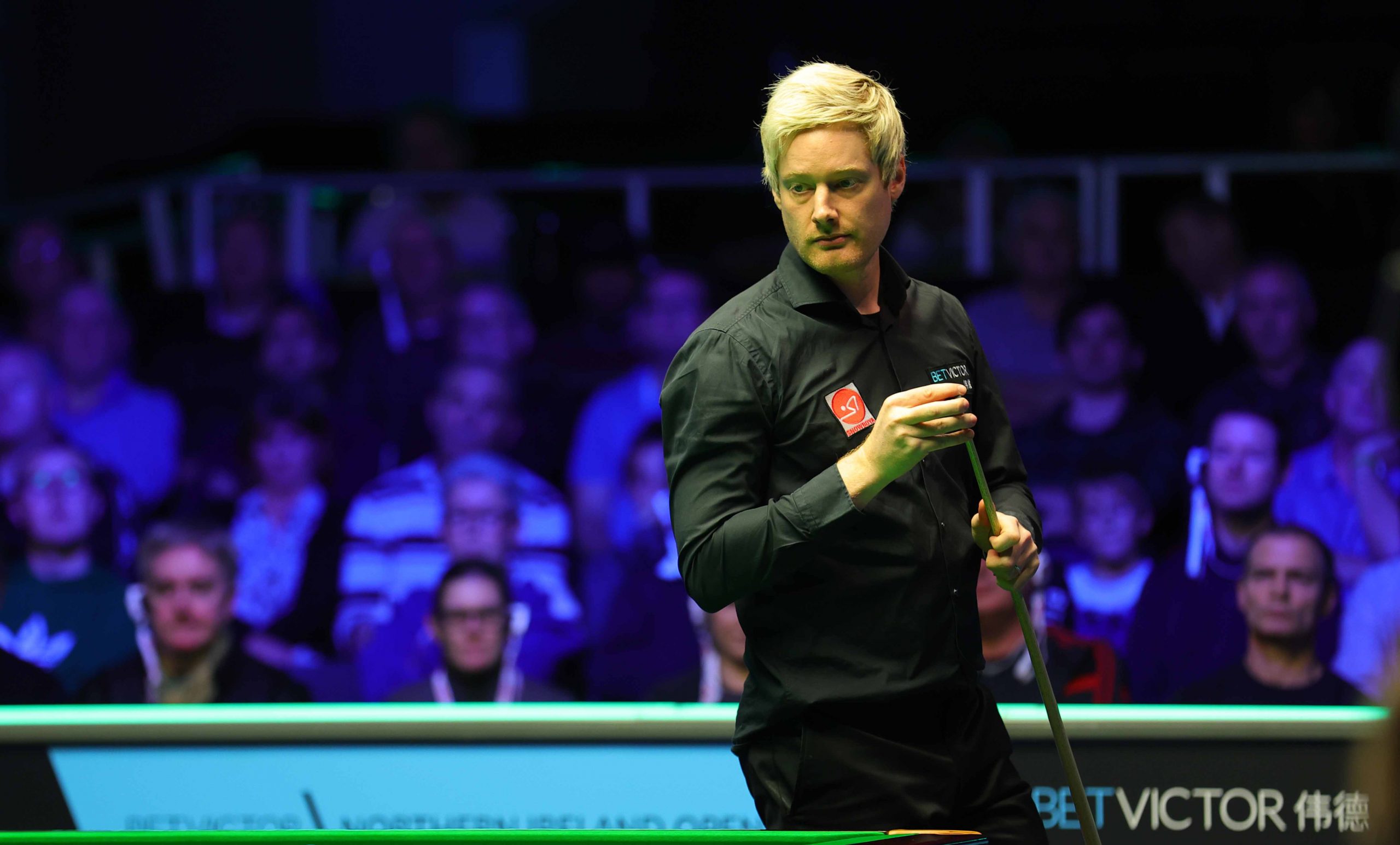 Neil Robertson scored his sixth consecutive win over Mark Selby, clinching a 5-2 victory to reach the semi-finals of the BetVictor Northern Ireland Open in Belfast.

Robertson continues his hunt for a maiden Northern Ireland Open crown. The Australian is a two-time winner of the Welsh Open and was victorious at the Scottish Open in 2017. Victory this week would see him complete the Home Nations Slam. He now faces either Mark Allen or Mark Williams tomorrow over the best of 11 frames.

The result also extends his winning streak over Selby to six and enhances his head-to-head record, which now stands at 16-8. Selby’s hopes of earning a maiden Northern Ireland Open title are now over. He too has scored victories at the Scottish, English and Welsh Opens, but the Alex Higgins Trophy remains elusive to the four-time Crucible king.

Robertson took the first frame this afternoon thanks to a break of 73, before a truncated second ended with Selby restoring parity. The Leicester cueman then took the lead courtesy of a 95 break. However, Robertson responded with 97 to head into mid-session level at 2-2.

When play resumed a break of 84 saw Robertson regain the lead. He composed a run of 63 at the start of the sixth, but Selby had the chance to clear from the last red and steal. He elected to play a snooker rather than attempt a difficult positional shot to get on the black. Robertson managed to escape and eventually won the frame to move one from the win. Breaks of 73 and 53 in the seventh saw him over the line.

“I thought it was really good. Certainly my best performance of the week. Every time I seemed to go for a long ball they went in and I scored very heavily from it as well,” said 40-year-old Robertson.

“There are a few matches against Mark in the last couple of years where I’ve won deciders. They are a toss of a coin that could go either way. It isn’t like I’ve got the wood on him, but it is a great record to have. He is a wonderful player.

“It is an extra incentive this week to try to win as nobody has won all four Home Nations before. It is a nice thing to try and do. I am very motivated coming here anyway because I haven’t got the best record in this event. It is great to get down to the one table set up and I’m sure it will be an amazing crowd at the weekend.” 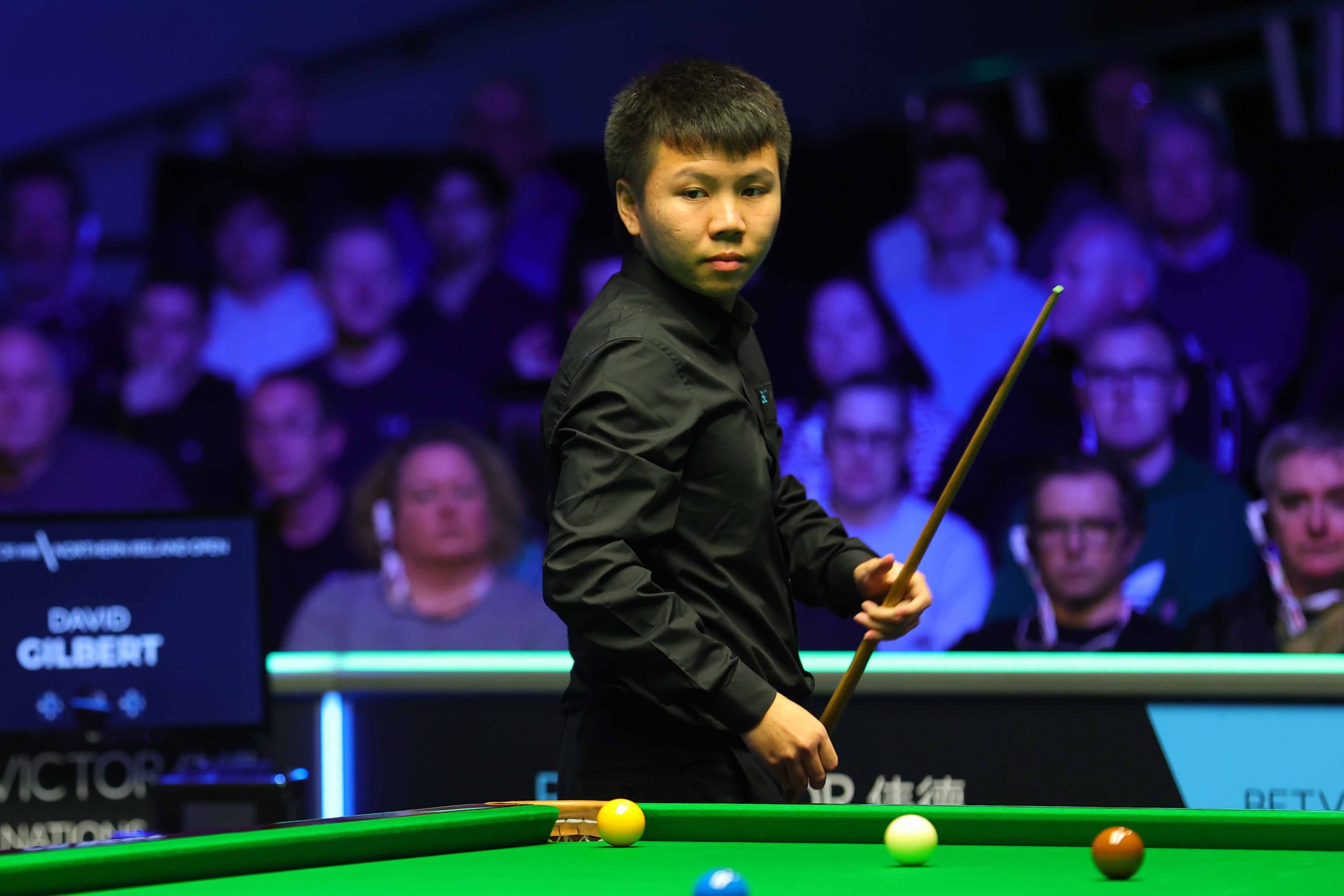 In the afternoon’s other quarter-final, Zhou Yuelong rallied from 4-2 down to defeat David Gilbert 5-4 and book his place in the semis.

China’s Zhou will now appear in the semi-finals of a ranking event for the fifth time in his career. He’s been runner-up on two occasions at the 2020 Shoot Out and the 2020 European Masters.

Gilbert crafted breaks of 84, 71, 60 and 55 on his way to establishing his 4-2 advantage. However, he faltered at the finish line and missed several opportunities. Zhou fully capitalised and breaks of 63, 54 and 130 gave him three on the bounce to emerge a 5-4 victor. He faces either Anthony McGill or Lyu Haotian tomorrow.