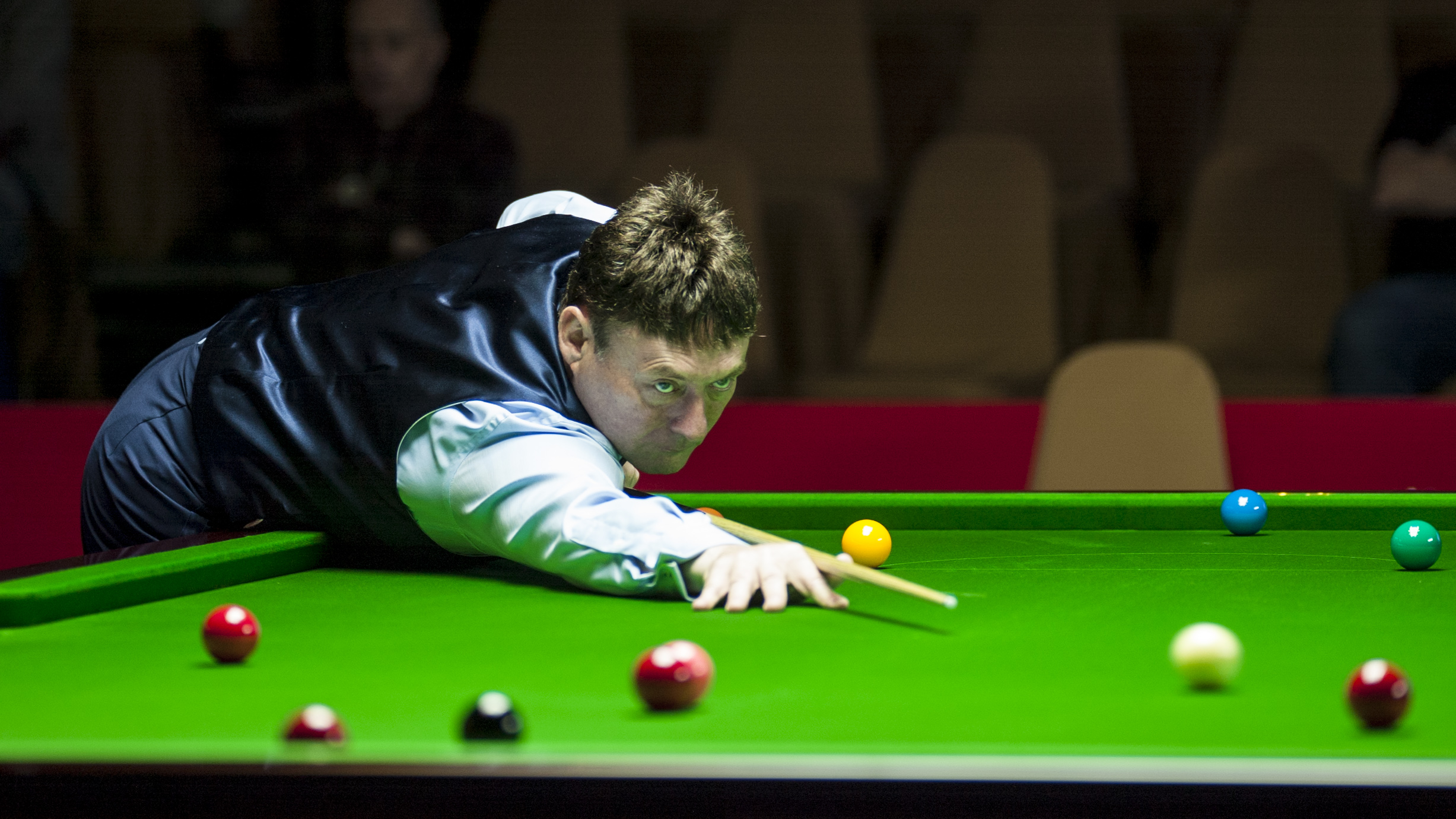 Jimmy White produced a sublime run of 74 in the decisive frame to beat Stuart Bingham 4-2 at the BetVictor Gibraltar Open and leave the 2015 World Champion’s Crucible qualification hopes hanging by a thread.

Bingham now has to win the WST Pro Series and hope other results go his way to stand a chance of staying in the top 16 of the world rankings and avoid joining six-time Crucible finalist White at World Championship qualifying in April.

Legendary cueman White is enjoying a welcome burst of form this week. The 58-year-old is now through to the last 32 for the first time this season, where he’ll face Chen Zifan. White had looked set for an early exit in round one when he trailed Joe O’Connor 3-0, but produced four consecutive breaks over 50 to win 4-3.

The Whirlwind will be hoping to carry his form into next month’s World Championship qualifying, as he aims to clinch a first trip to the Crucible since 2006.

They shared the first two frames this afternoon, before White claimed the third on the pink to lead 2-1. A break of 63 saw Bingham restore parity, but it was White who moved a frame from victory at 3-2. He then sealed the win with an impressive break of 74.

“I know I’m playing really well. To finish off a match like that in one visit is what you need. I was obviously second favourite playing against Bingham,” said 10-time ranking event winner White.

“I have been putting in a lot of good practice. I’ve been enjoying it. I’ve had top players come and play me. My game is there, it is just producing it out there in the heat of battle. Sometimes it gets very difficult and I get frustrated. Luckily I’m through tonight and I can go again tomorrow.

“I’m trying to get confidence wherever I can. If I can go deep in this tournament then it is going to give me great confidence heading into the World Championship qualifiers.”

Former World Amateur champion Vahedi requires a strong end to the campaign to retain his professional status. He clinched victory today with a fine century run of 102 in the decider.

𝒦𝒾𝓃𝑔 𝑜𝒻 𝒫𝑒𝓇𝓈𝒾𝒶 Soheil Vahedi acknowledges that he has adjusted his game over the years.

A deliberate approach did the trick today, as he knocked Mark Williams out of the @BetVictor Gibraltar Open in round two!

The 4-3 win was sealed with a century 🇮🇷💪 #BVEuroSeries pic.twitter.com/Tz8ubfojhL