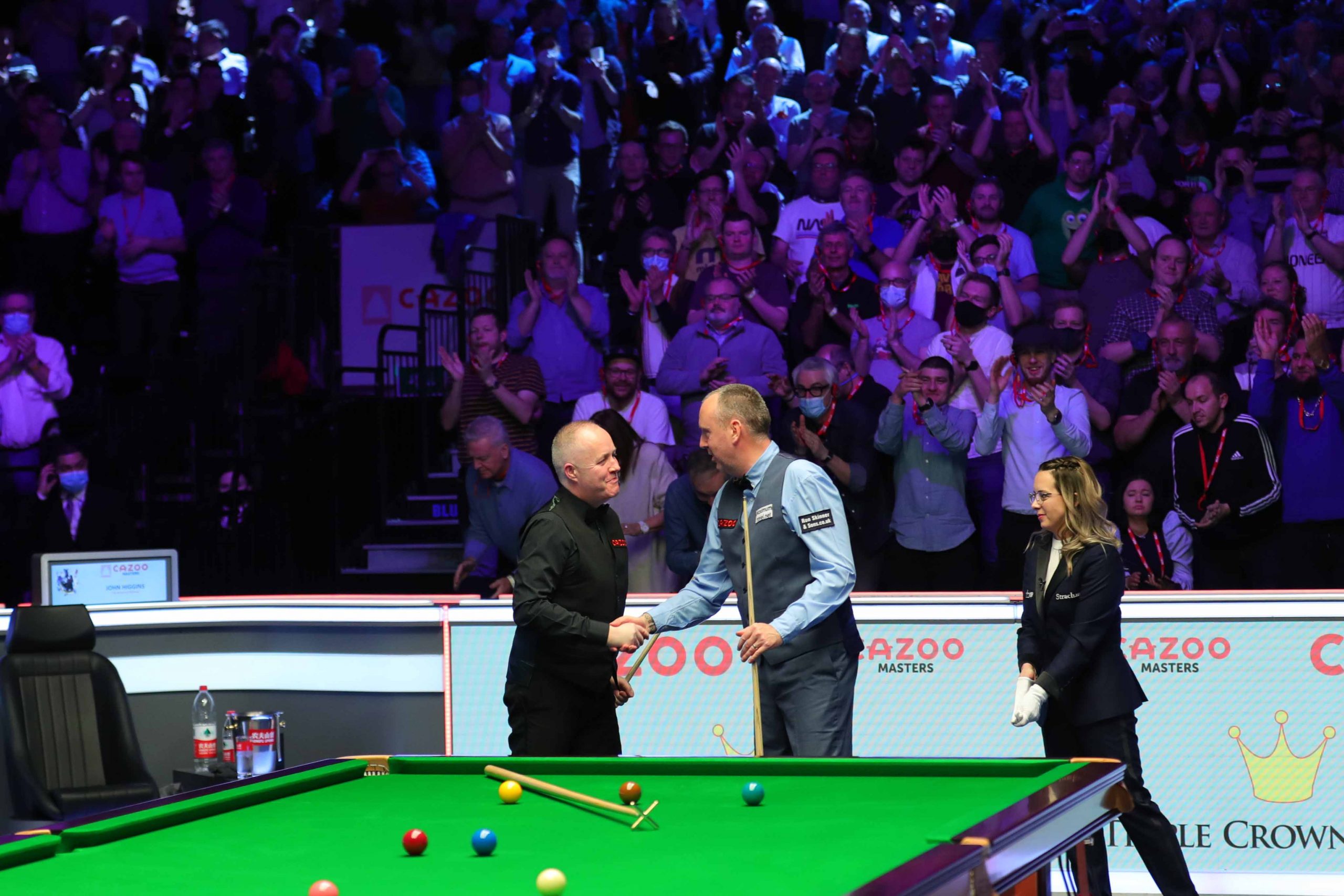 Mark Williams edged out fellow ‘Class of 92’ member John Higgins 6-5, in what he described as an unforgettable atmosphere, to reach the semi-finals of the Cazoo Masters at Alexandra Palace.

Williams now faces Neil Robertson in the last four on Saturday. It will be the first time he has graced a Masters semi-final since 2010. The Welshman last won the Masters when he claimed the title for a second time 19 years ago in 2003.

Higgins will have to continue his wait for a first Masters title since 2006. The four-time World Champion was Masters runner-up to Yan Bingtao 12 months ago.

Glasgow’s Higgins has enjoyed a fine season so far, but today’s loss joins a string of gut-wrenching deciding frame defeats during the campaign. He lost Northern Ireland Open and English Open finals 9-8 at the hands of Mark Allen and Robertson respectively.

The two 46-year-old competitors were given a standing ovation by a raucous North London crowd when they emerged this evening. Higgins hit the ground running with a break of 126 to take the opener and lead 1-0. He extended his advantage by claiming the second on the pink to move 2-0 up.

Williams warmed to the task and a break of 116 helped him get his first frame on the board. He then took the fourth to restore parity at 2-2.

When play resumed they traded frames, before Williams composed a run of 66 to edge ahead at 4-3. The high standard relentlessly continued in the eighth, with Higgins drawing level thanks to a break of 127.

It had looked as if Higgins would be the first to move a frame from victory. He was going along nicely on a break of 43 when he inadvertently knocked a red in when developing the pack from the black. Williams ruthlessly stepped up and fired in a contribution of 78 to go 5-4 up.

Higgins refused to buckle and a break of 61 ensured that the nearly 2,000 strong crowd would be treated to a deciding frame. Both players left the arena to compose themselves and when they returned they were greeted by a second standing ovation. However, it was Williams who was the last man standing in the middle as he crafted a nerveless run of 91 to emerge a 6-5 victor. 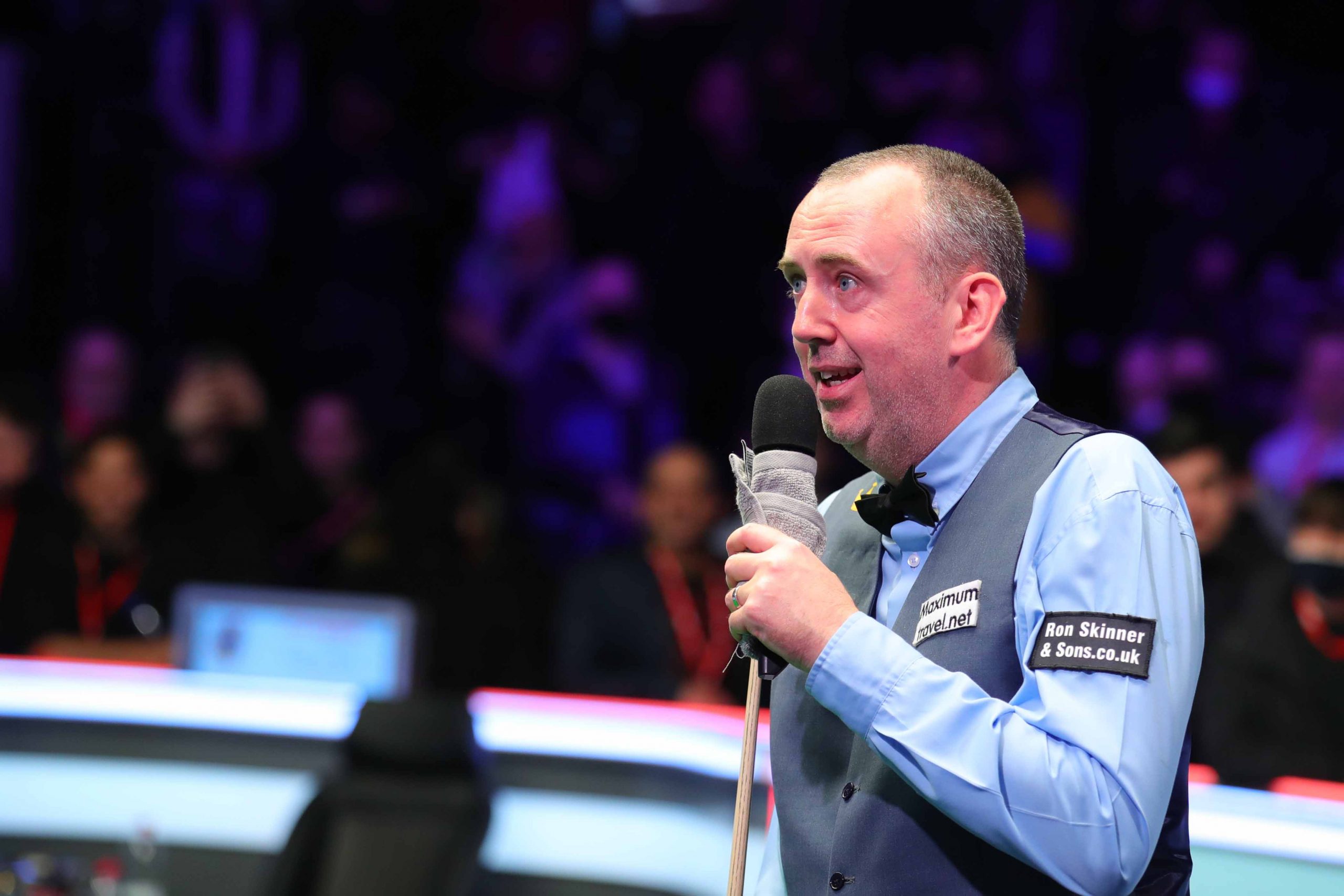 “That’s the best reception I’ve ever had in 30 years as a professional. I’ve had some good atmospheres, but that was electric. It felt like they were applauding for ten minutes before we could even break off. Coming out for the final frame they were doing it again,” said three-time World Champion Williams.

“I’ve got nothing but respect for John. He’s not my rival anymore and he hasn’t been for a few years now. When we were youngsters I really wanted to win, it’s not like that anymore. It is a special occasion every time I play him.

“I’ll never forget the atmosphere in there tonight. It was like nothing I’ve ever experienced before. I’ve got to thank the crowd for making that atmosphere, because I wasn’t expecting it. That was unbelievable. If I could go out and shake every one of their hands I would.”

Higgins said: “That was one of the best nights in my snooker career, with the atmosphere. Rob Walker got the crowd into a frenzy when I played Judd Trump in the 2011 world final, but this was noisier because there were more fans in there. Rob did a great job getting the crowd whipped up and they were treated to a great game.

“I’m not even gutted, because I gave it everything and I just wasn’t good enough in the end. I am just delighted that the crowd had a great match. I had a great match and I loved playing out there. It is great to be back playing at Ally Pally.”