Win Over Higgins Was Incredible – Robertson 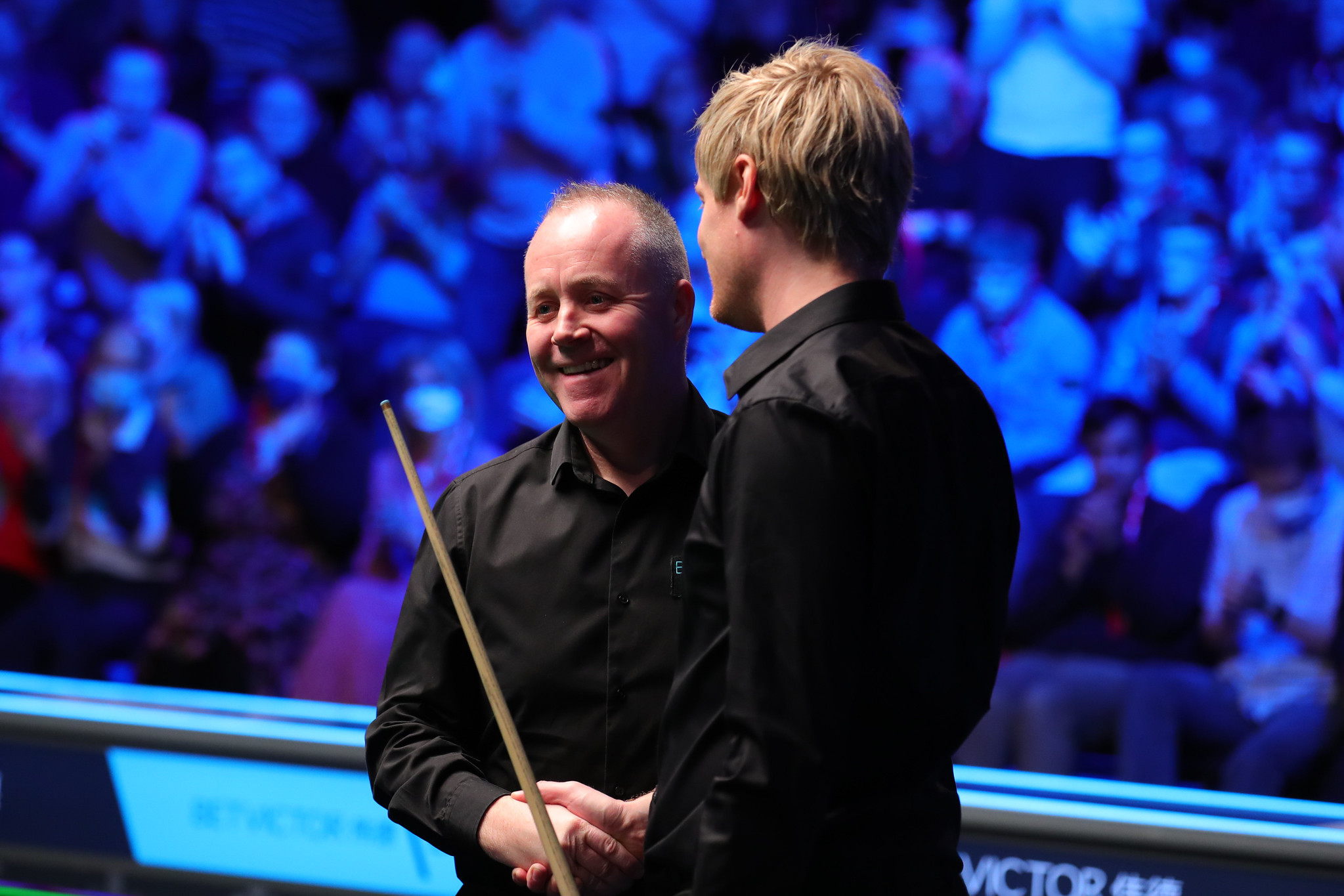 Defending BetVictor English Open champion Neil Robertson reflects on his 9-8 victory over John Higgins in last year’s final as a special one and says he rates the Scot as the toughest opponent he has ever faced.

Australia’s Robertson rallied from 8-6 down to pick up the title 12 months ago and he is part of a star studded field heading to Brentwood next week aiming to capture the Steve Davis Trophy. The event runs from December 12th to 18th and hosts the likes of World Champion Ronnie O’Sullivan, Judd Trump, Mark Allen, Mark Selby and many more.

“Whenever you play the really big players, the greats of the game like Ronnie O’Sullivan, John Higgins, Mark Williams, Judd Trump and Mark Selby, you savour those moments. To beat John from 8-6 down was incredible really. I took on some really big shots, where if I missed I was going to lose. I managed to get them, win the frames off it and get back to 8-8. I held myself together in the decider with another frame winning break,” said 40-year-old Robertson.

“I had Mille there with Alexander as well which was great. I was 5-3 up and John came out like an absolute train, winning the first four frames. Alexander was picking the balls out in the interval at 7-5 down and telling me I could still do it and reminding me of previous comebacks. That was nice. I was looking for any kind of motivation to get back into the match and to have a little pep talk from my son was nice. To be able to win it was amazing. Mille said that Alexander couldn’t stop shaking his legs in the decider because he was nervous. To win as a dad makes it a lot more special.

“John is the toughest. If you ever wanted to back someone to knock in a ball and clear up from 60 behind it would be him for sure. It doesn’t matter how far ahead you go in a match. He can still come back. Top players talk about gears and John can really go through the gears. It can ramp up to the point where he is flying along and he puts you down a few pegs. You can’t get out of it. His safety is unbelievable. If he is long potting well, he is almost impossible to beat. He is certainly the hardest player I’ve faced to put away. There are so many times I thought I’d had him and he goes through the gears and takes the match away from you.

Robertson now only requires one more win to become the first player to complete the Home Nations set, having also won the Scottish and Welsh Opens. However, he will have to wait another year to achieve that after losing in the semi-finals of this year’s BetVictor Northern Ireland Open. He is keen to claim glory in Belfast, but in the meantime the Melbourne cueman is excited for his trip to Essex.

Robertson said: “I’d love to win all four. The trophies are really beautiful. I guess I have to wait for next year. I got close this year by getting to the semis in Belfast. To be on three is really nice, but I’d love to add more of them. They are really good tournaments. Best of sevens aren’t ideal, but the way the format is you get through the matches quickly and can build a bit of momentum. You are playing every day. There is a unique feel that the race is really quick at the start and then the tournament progresses. They are always supported well with good crowds. I am excited to see Brentwood. I’ve never played a ranking event there. I can’t remember playing in anything with an Essex crowd. They love their snooker. Where Steve Davis used to play in Romford isn’t far away from Brentwood either. I’m really looking forward to seeing how it goes.”

Part of the BetVictor Home Nations Series, the event will be televised by Eurosport and range of other broadcasters worldwide.

The BetVictor English Open gets started next week at the Brentwood Centre in Essex.

We caught up with last year's winner Neil Robertson to hear about his favourite moments from 2021 as well as his hopes for the tournament ahead. pic.twitter.com/ol7b57MRmA