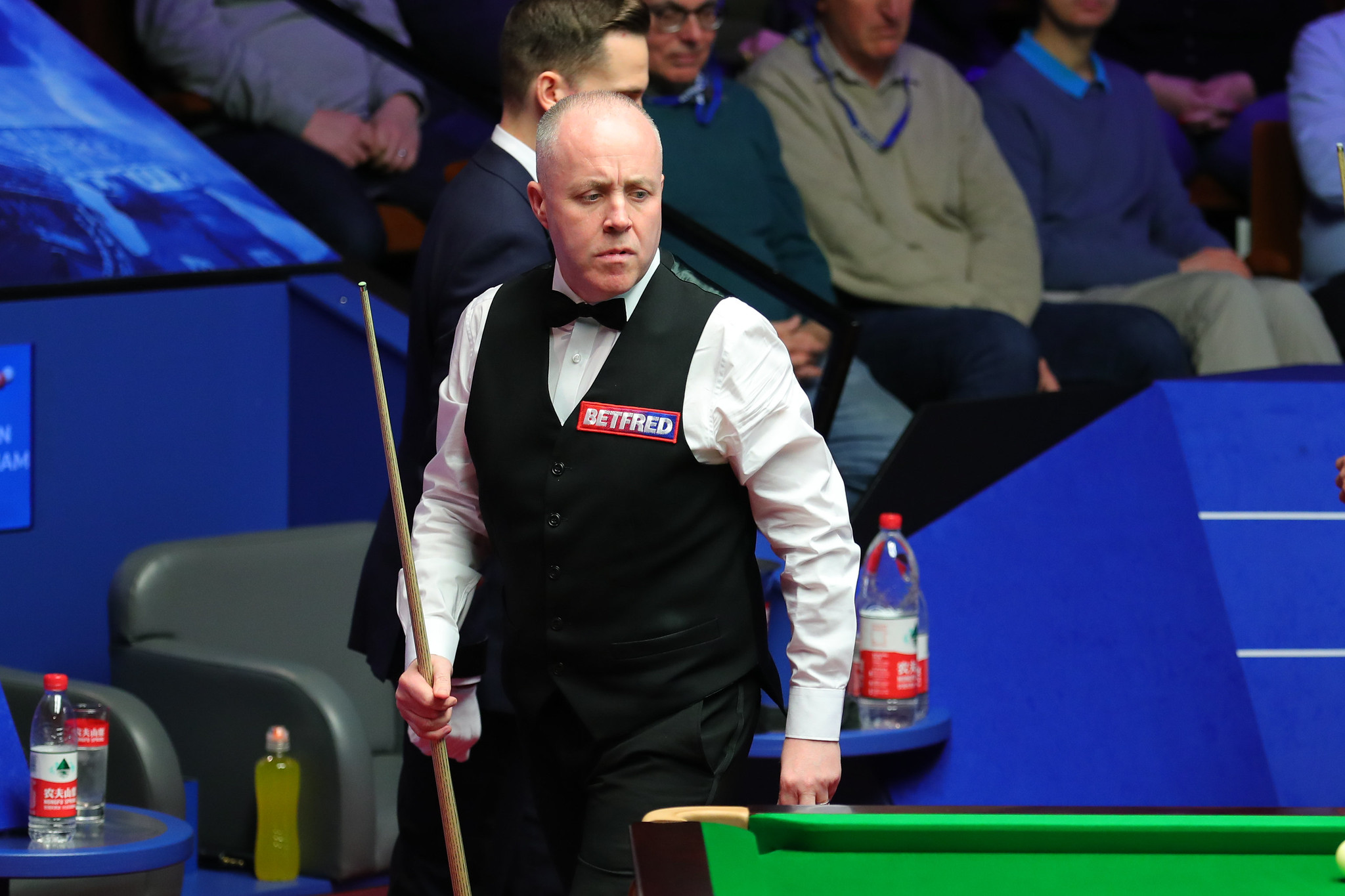 John Higgins remains on course for a first Crucible crown in 11 years, after beating Thailand’s Noppon Saengkham 13-7 in the last 16 of the Betfred World Championship.

Scotland’s Higgins won the most recent of his four world titles in 2011, when he defeated Judd Trump 18-15 in an enthralling final. He’s reached three world finals since then, in 2017, 2018 and 2019, but lost out to Mark Selby, Mark Williams and Judd Trump respectively.

Today’s victory sees Higgins through to the 16th Crucible quarter-final of his career, which eclipses Steve Davis and Jimmy White, who have both made the last eight 15 times. Now only Ronnie O’Sullivan (20) and Stephen Hendry (19) have reached more quarter-finals in snooker’s showpiece event.

Higgins has produced relentless consistency levels this season, having undergone a fitness regime last summer which saw him shed nearly four stone. He has 31 career ranking titles to his name, but is yet to add to that tally this term. Higgins has fallen short in four ranking finals at the Northern Ireland Open, English Open, Scottish Open and Tour Championship.

Saengkham will now return to Thailand to see his newly born daughter, named Believe, for the first time. She was born on the morning of his opening round tie with Luca Brecel, which he won 10-5.

Higgins came into this afternoon with a hefty 11-5 advantage. The Glaswegian scooped up seven of the eight frames in yesterday evening’s second session to leave himself on the cusp of victory.

It was the Wizard of Wishaw who looked set to take the first frame this afternoon, when he crafted a break of 62. However, Saengkham produced a 35 clearance to force a re-spotted black. Higgins eventually deposited a tricky shot to the right middle to move one from the win at 12-5.

A run of 70 kept Saengkham in the tie by giving him the 18th frame, before he embarked on a maximum attempt in the next. He thrilled the Crucible crowd when he potted the first 14 reds with blacks, but missed a tricky last red down the cushion to end his break on 112.

Higgins then stepped up with a break of 90 to get over the line and confirm his 13-7 win. He now awaits either Jack Lisowski or Neil Robertson in the quarter-finals. 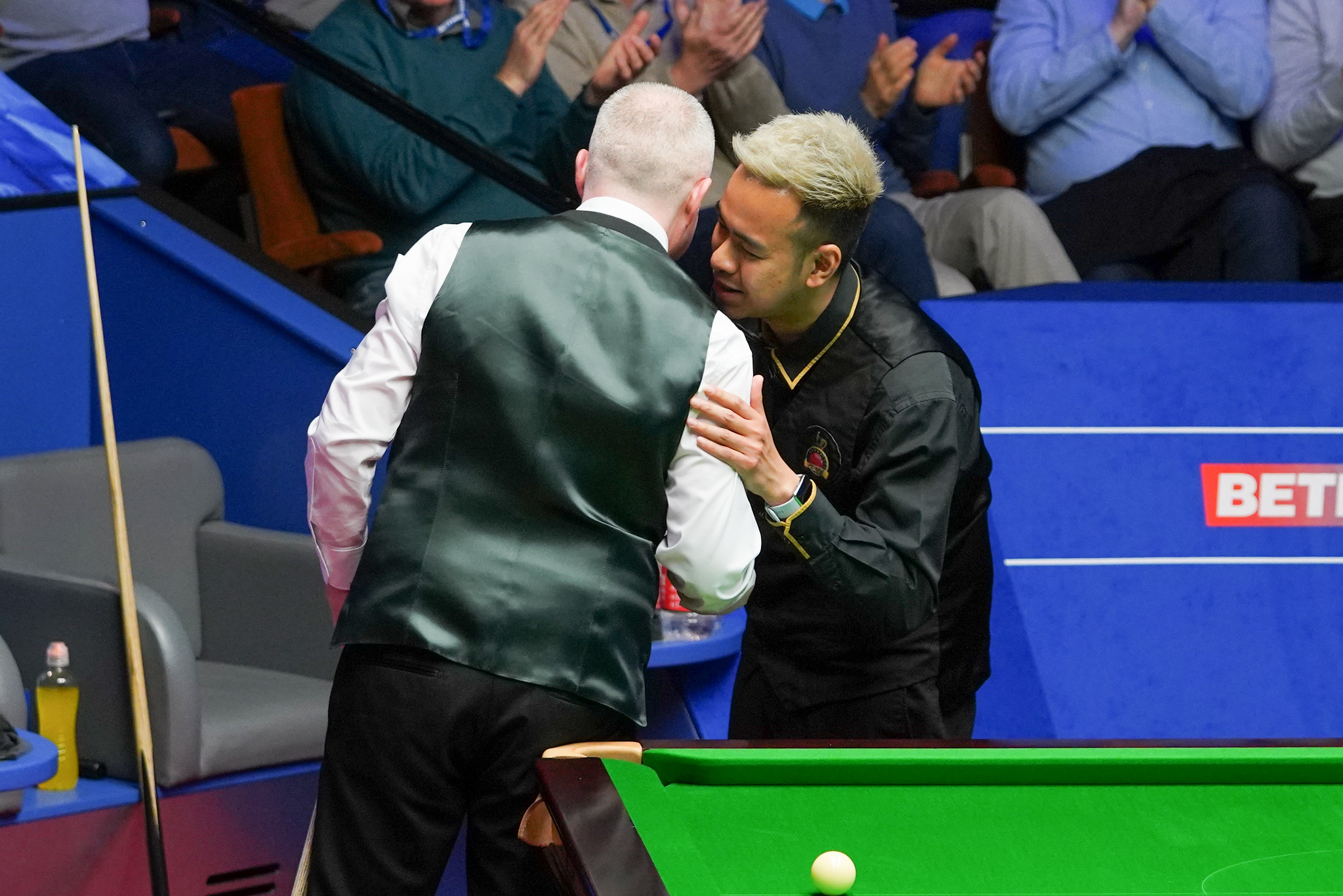 “The psychology of this tournament is amazing. When I was losing 5-4 to Thepchaiya in the first round I was delighted, as I could have been further behind. When I was 4-4 after the first session of this match I was gutted, because I felt I could have had a lead. I’ve been through it all so many times, that I just try to forget about it as soon as I can and regroup,” said 46-year-old Higgins.

“He went for so many long balls, but it just goes to show you the confidence he has in his own game. He missed a couple in the second session and I got on top. Things can quickly get away from you and I know that too well having been here many times. It is just about putting your foot on the peddle and winning as many frames as you can.

“I think myself, Mark Williams and Ronnie O’Sullivan are three better players than we ever have been. Mark Williams is playing incredible stuff since he changed to the SightRight method, O’Sullivan is a different animal and is fighting for every frame and I’ve said quite openly that I think I’m playing better than ever. To be in the game for 30 years and to be playing better than ever is some achievement.”

Saengkham said: “He’s a very good player and I’ve learned many things from him. I don’t think I played very well and John did. He controlled everything about the game. I want to become a World Champion, so I need to play with World Champions like John. I’ll try my best next year and learn from this.

“I have another two days here, then I’ll go back to Thailand. I will hopefully have some time seeing my family before coming back ready for next season. My daughter is still in hospital and everything is okay. I’ve received a photo of her and I can’t wait to spend some time with her.”