Snooker Returns To the Rock!

Snooker’s top stars will compete in the BetVictor Gibraltar Open world ranking event in March, with tickets on sale now at www.buytickets.gi

The tournament runs from March 24 to 26 at the Europa Sports Complex. Tickets start at just £20 and it’s a fantastic opportunity to see many of the world’s most decorated players.

The tournament has been running since 2015, when it was won by Hong Kong’s Marco Fu. Shaun Murphy, Ryan Day and Stuart Bingham lifted the trophy in the following three years, then in 2020 and 2021 the event was dominated by Judd Trump. 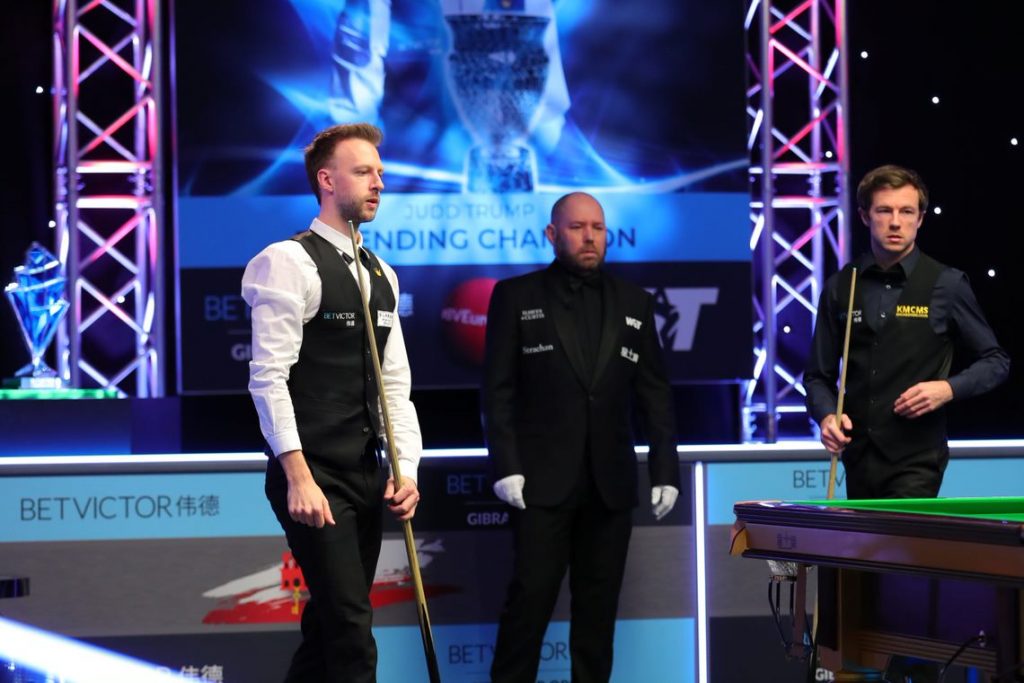 Winning a remarkable 14 consecutive matches, Trump is unbeaten in the event over the past two seasons. He captured the title in Gibraltar in 2020, beating Kyren Wilson 4-3 in the final, and then retained the crown behind closed doors in Milton Keynes last year by beating Jack Lisowski 4-0.

This year’s tournament is the eighth and final event in the BetVictor Snooker Series which has been running throughout the 2021/22 season. The player who tops the unique ranking list for those eight events will earn a massive £150,000 bonus. As it stands, John Higgins tops the rankings with a slender lead over Luca Brecel, Neil Robertson and Mark Allen. So the series looks set to come to a dramatic climax in Gibraltar.

A spokesman for WST said: “We are thrilled to be heading back to Gibraltar, one of our favourite locations on the global circuit. After missing out on the trip last year it will be exciting to return, especially for the players who love the atmosphere and beaches of Gibraltar as well as the superb snooker venue.

“And for the fans it’s an incredible opportunity to see a wide range of the best cue kings on the planet. The full line up of players will be announced in due course.”

The Ministry of Sport is thrilled to host this event once again and promises to deliver a spectacular show for the spectators of this great sport.