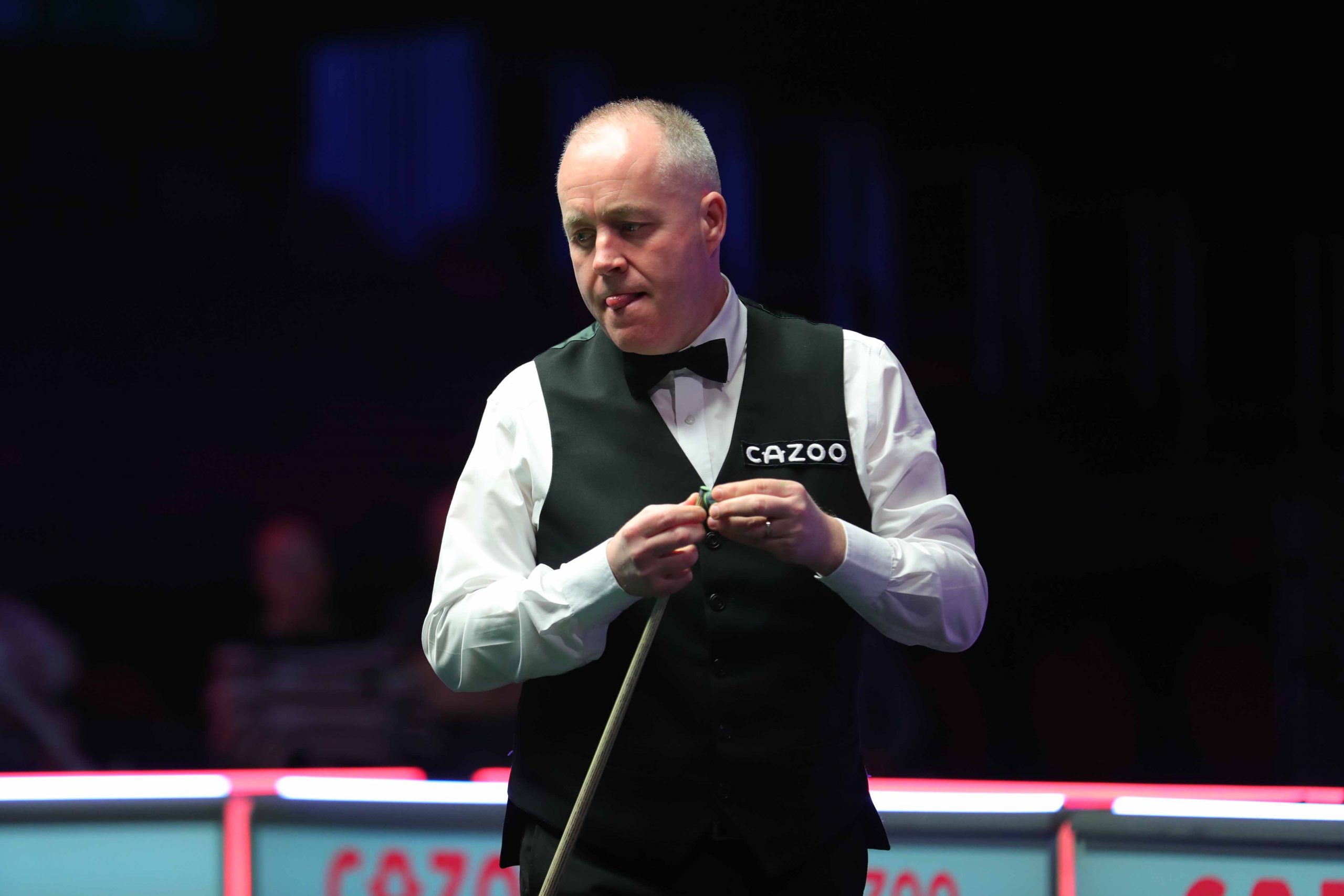 John Higgins summoned an epic fightback from 8-4 down to beat Zhao Xintong 10-9 in what the four-time World Champion described as one of his ‘best ever wins’, to reach the semi-finals of the Cazoo Tour Championship in Llandudno.

The win caps an eventful few days for Higgins, who picked up £150,000 on Saturday after finishing top of the BetVictor Series standings following the Gibraltar Open.

This evening’s victory is the first time Higgins has won a Tour Championship match, having bowed out in the first round in 2020 and 2021.

Zhao arrived in North Wales as the number one seed, after landing a maiden Triple Crown win at the Cazoo UK Championship and claiming a second ranking title at the German Masters. With only the top eight on the one-year list qualifying for this elite event, Higgins narrowly edged Ricky Walden out to clinch the last place.

Scotland’s Higgins now moves 5-3 ahead of Zhao in the head-to-head standings, they’ve met three times this season. China’s Zhao defeated Higgins on his way to capturing the UK Championship title the end of last year. However, the Wizard of Wishaw exacted his revenge with a first round win at the Cazoo Masters in January.

This afternoon’s action saw Zhao establish a 5-3 lead in a session which he dominated, but Higgins crucially claimed the last frame to remain in touch.

When play got underway this evening, 31-time ranking event winner Higgins won a nervy opener on the pink to reduce his arrears to just a single frame at 5-4. From there 24-year-old Zhao appeared to take a stranglehold on proceedings.

The Cyclone fired in breaks of 128 and 71 on his way to three on the bounce to move 8-4 ahead. Zhao then started to spurn opportunities and Higgins used his experience to claw his way back into contention.

Higgins racked up three consecutive frames to pull within one, before a run of 83 restored parity and made it 8-8. Momentum appeared to have completely switched when Higgins claimed his fifth frame in a row, to lead for the first time in the entire match at 9-8.

Zhao showed his character and stopped the rot with a contribution of 64 to take the match to a decider. However, with several reds glued to the top cushion, Higgins used all of his considerable matchplay nous to pick off points over three contributions and get over the line. He will face either Judd Trump or Luca Brecel in the semis on Saturday.

“It was a brilliant win, probably one of my best ever wins to come from four down against someone like Zhao, who was hitting the ball great,” said 46-year-old Higgins.

“I brought him down to my level. It was as simple as that really. He was playing like the world class player he is and I was just playing like a club player. It was embarrassing really at 8-4. I can’t believe I’ve won the game. I don’t know how I have, because my play wasn’t great all day. I am delighted to be through.

“The way I’d played and if it was a heavy defeat I’d be going to the Crucible on bad vibes. I’ve got a second life here now. I need to go home and put some serious hours in to try to give Judd or Luca a game on Saturday.”